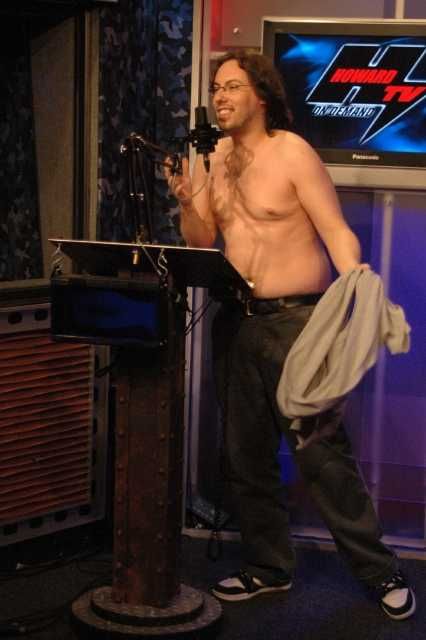 Howard noted that the new female interns ragged on JD during last week’s Intern Show, saying that JD was the nerdy looking staffer with a potbelly, so JD came in to explain: “Every time there’s a new semester of interns, [Intern Show host] Steve does an F-Marry-Kill of me, Benjy and Jason. And I’m always the one killed for some reason!”

Howard didn’t understand either–and asked Robin if he was crazy.

Robin said he was not: she’d bang JD over both Jason and Benjy.

JD speculated that the female interns were just playing office politics: “I don’t really talk to them much and I think they don’t want to–because Jason and Benjy sort of talk to them a lot…that’s what I’m hoping it is. Otherwise, I don’t know. I’m taking my potbelly and getting out of here.”