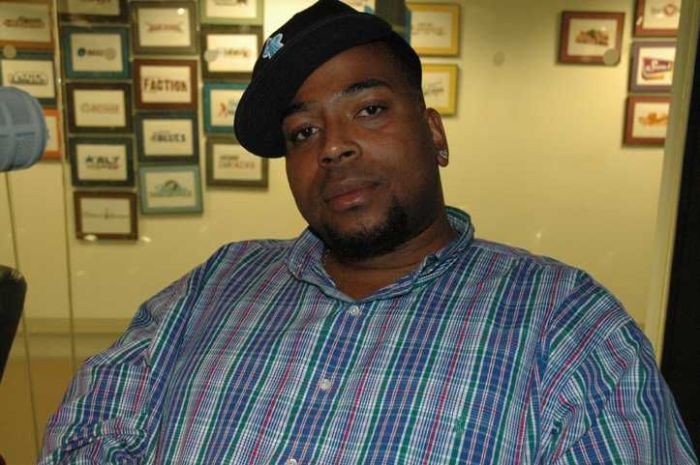 Early in the show, Howard recalled how shiny Jada Pinkett Smith looked on the Tony Awards telecast: “I was thinking people would stand up in the audience and say, ‘What did you rub all over your body?'”

King of All Blacks called in to say black women tend to rub “dey body” with a lot of lotion: “Sometimes when you hug them–after you finish hugging them–it smears your glasses.”

Howard and Robin asked why King chose to use terms like “dey body” when he knew it wasn’t proper English, so King laughed: “It’s cool to be ignorant…I really talk like that.”

King later added: “In order to be black, you gotta be poor.”

Howard tried to understand: “You don’t want black people to know you’re doing well because then–all the black brothers go, ‘You’re not one of us.’ It’s almost like you’re encouraged to do badly?”