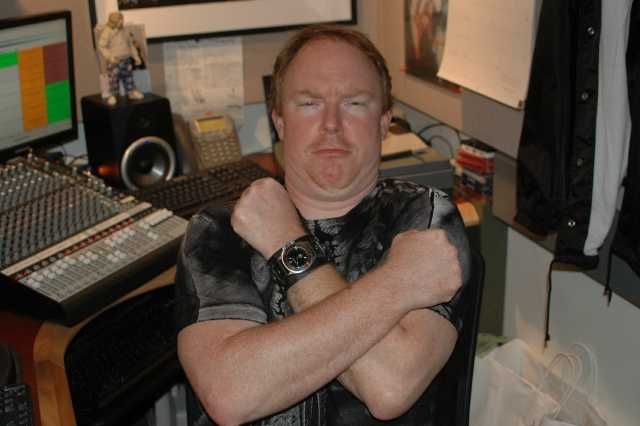 Howard said he gave Richard a watch yesterday (It had been sitting in his desk drawer for years.) and hoped he enjoyed it.

Ronnie the Limo Driver came in to say Richard had been showing it to everyone in the office: “Sal must’ve been crying his eyes out.”

Howard laughed: “Shit. Because I know Sal goes into a major funk, like–because they think of themselves as one person.”

Richard said he had to show Sal: “It was hard to avoid not telling him…if he was freaked out, he hid it pretty good.”

Howard joked: “Let Sal wear it for an hour a day.”