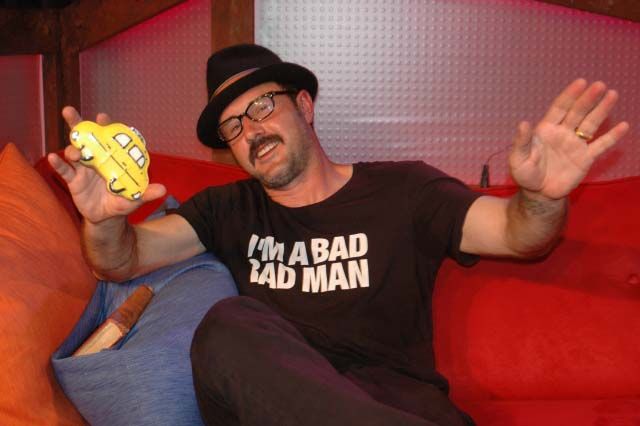 David Arquette showed up–a day late–and explained his absence yesterday as the start of a 2-day bender: “I drank last night [too]. I still might have some [laughs]…maybe a little remnants.”

Howard complained that one of the guys David met at the poker game had shown up on Wednesday–David invited him–but David did not: “All of a sudden this cat is hanging out in my greenroom [and] blogging about it.”

Howard also complained that he’d been talking to (and ‘vibing’ with) Courteney at Jimmy Kimmel’s party–until David cut in.

Howard speculated that Courteney had once slept with one of the party’s other guests–John Stamos–and David admitted that it could’ve happened: “Everything he touches turns to pussy.”

On His Sister Alexis

Howard asked if Alexis Arquette, David’s brother-turned-sister, had ever had ‘her’ penis surgically removed, so David shrugged: “I don’t know. I haven’t tried to f’ her in a long time.”

David said Alexis’ current incarnation was ironic, as ‘she’ actually slept in a closet when they were growing up.

The Time He Stalked Alyssa Milano 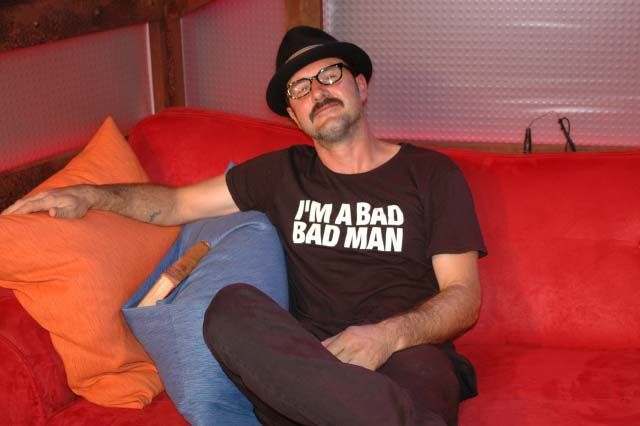 Howard asked about Alyssa Milano, so David confessed that their relationship ended badly: “Even though I was being a dick, I didn’t want her to be with anybody else…I started stalking her. Not–not really. Ok, I sat outside her house a couple nights.”

David went so far as to kick a dent in her new boyfriend’s car and got himself banned from visiting the Warner Brothers lot–even for auditions–when she was on the set of ‘Charmed.’ 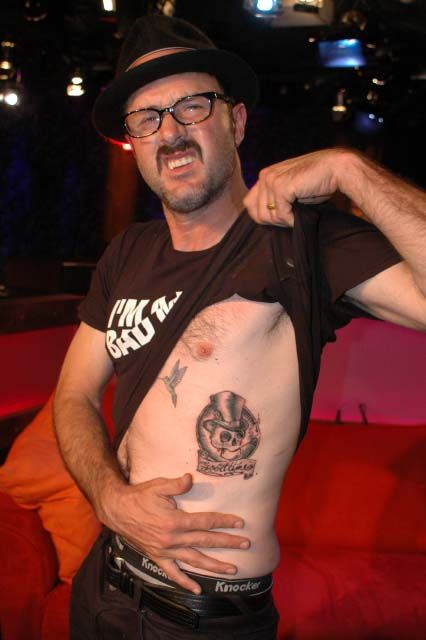 David said he’d been trying to curb his wild ways: “Courteney recently said to me, ‘I don’t want to be your mother anymore.’ On our 11th anniversary.”

Howard laughed at the idea: “Does she have to take care you?” David said it was one of the things they’d worked on in marriage counseling (“She doesn’t anymore.”) and more his problem than Courteney’s: “I’ve always been a bit of a maniac.”