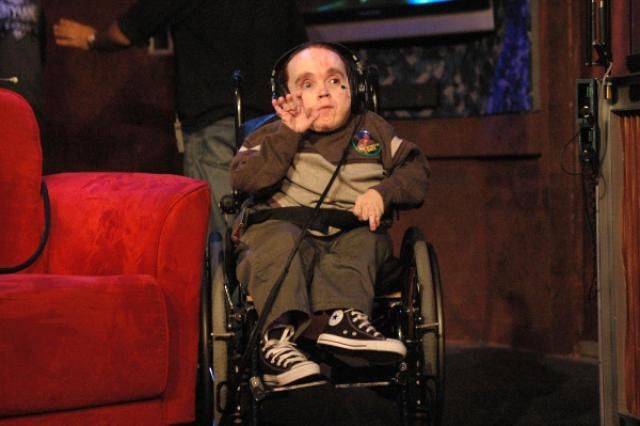 Eric the Actor called in to turn down–as Howard had predicted he would–a job as the Stern Show’s red carpet correspondent.

Howard read from an email Eric had sent Johnny Fratto that revealed the little guy’s motivation: “I do not want to ask super stupid ass crazy questions to TV celebrities that if I get any more TV work I might have to be working with.”

Eric said he’d be willing to ask his own questions, but Howard wasn’t interested: “Eric, we’re done. No red carpet work for you.”

Robin Quivers laughed that it was probably for the best: “That way you’ll be safe in case you have to work with any of these people.”

Howard admitted he was curious about the questions Eric would ask but was disappointed when Eric answered: “I was wondering: what was your favorite role to play?”