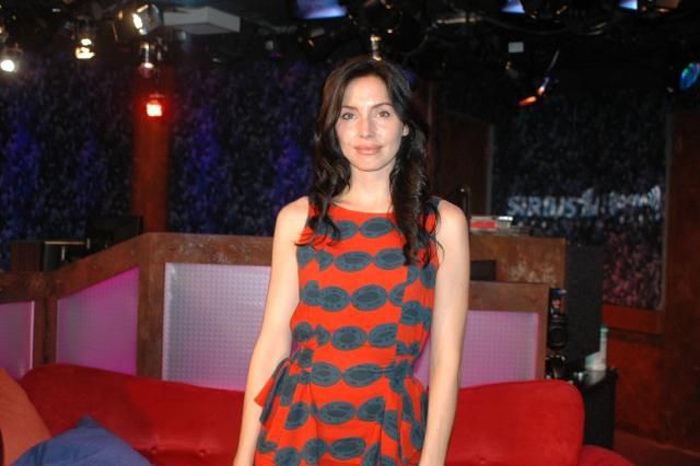 Whitney Cummings stopped by to promote her upcoming Comedy Central special and recap her controversial set from the David Hasselhoff roast, telling Howard, “I was pretty brutal.”

Whitney said her best jokes were cut from the show, as she refused a producers’ request to pull the most vicious insults. Whitney said she even offered Pam a “no hard feelings, they’re just jokes” warning before the show.

However, Whitney explained Pam looked too good for her to use all the jokes she’d written about her fading beauty, so she went after her sex life instead.

Whitney then read a few of the jokes Comedy Central had cut from the roast – the set that aired was significantly truncated. The first to take hits was roastmaster Jeffrey Ross: “Your career moves slower than Lisa Lampanelli’s metabolism.”

Pam Anderson’s vagina took a slam with a “Lost” series finale comparison: “10 million people have seen it, everyone was disappointed and everyone that was in it died.”

Whitney said the producer/director of the roast emailed her as soon as she walked off-stage. According to her, the message simply read: “You f’ed me.”

Whitney told Howard she’d once flipped out on an ex after being left alone with his laptop. “Which is like the jackpot for a crazy girl,” she said with a laugh.

So what did she find? “All photos a woman had taken of herself and sent to him. Some I think he had taken,” Whitney said. “I went into the bathroom and got ready for a half hour. I put on boots, I put on make-up, I put on a push-up bra. I teased my hair!”

When the guy came through the door, Whitney hit him, threw a wine bottle (to little effect), pushed over his bookcase, poured honey into his keyboard and stormed out. Months later, Whitney learned that the photos had been taken years ago.

“I remember looking at her hair and saying that hair is so five years ago,” Whitney told Howard.