The Goose Used to Have Boobs 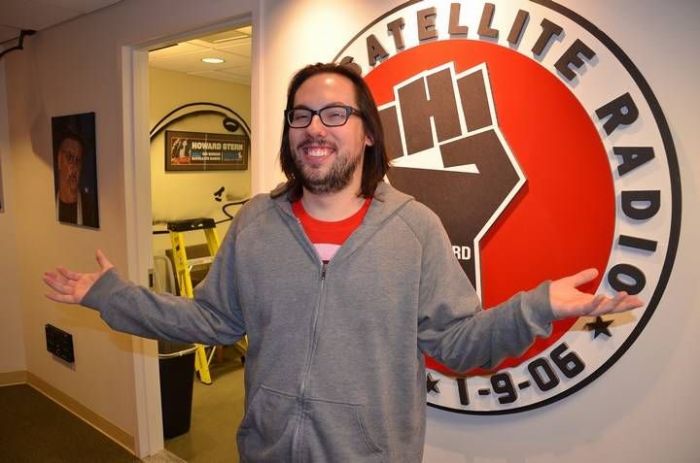 Asked what he’s been up to lately, JD replied that he is participating in 8 fantasy football leagues this year…and he’s done pretty well so far: “I actually won all my games. Except one.” Howard laughed at JD marble-mouthed pronunciation (to hear JD say it, “fantasy football” sounds more like “fancy football”) and offered to help him get his life together, starting with an update of his juvenile bedroom. JD refused any help: “I want to figure it out on my own. I need to figure it out on my own, to be an adult. … I’m fine. I don’t want [to be] a project. I want to be left alone.”

Still, Howard couldn’t resist, giving JD a bedroom checklist: 1. A chest of drawers (“An armoire, as Robin calls it.”) to get those stacks of underwear off his bookshelves. 2. A new bed: “A captain’s bed ain’t a bad idea. Then you have the drawers in there.” 3. Hang some art: “One nice picture that sort of says who JD is. Maybe like Johnny Cash giving the finger. You know what I mean? Like, you’re all angry and shit. Chicks will think you’re dark. [And] you should be. If you’re not, you every right to be.” 4. Lose all the spelling bee and Little League trophies from elementary school: “It says to a chick, ‘This guy’s best years were in Little League.'” 5. If there’s room, dedicate some space to work: “Get a little desk area.”