JD Got Laid In LA

Wack Packer also explains why he masturbates in the shower 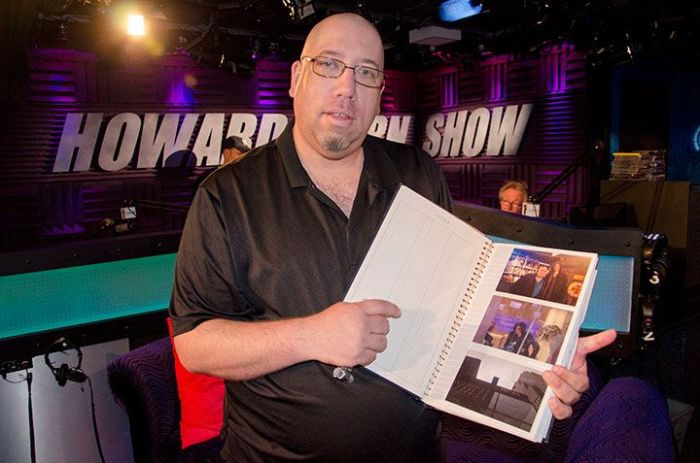 High Pitch Erik stopped by to beg Howard for a job–and claimed, despite all evidence to the contrary, that he’d lost weight: “I guarantee you I weigh less than Tim Sabean. I swear to God.”

Desperate to find an interesting angle, Howard looked down at the pre-interview notes, pointing to a particularly sordid detail about Erik and his apartment building’s shared bathrooms: “He jerks off in the shower that other people have to use.”

Erik later admitted that he also masturbated to a mental image of Kelly Ripa, because, in addition to being beautiful, the pair have “the same personality.” Howard thought Erik was neither bright nor bubbly: “What do you think’s more insulting–that he jerks off to Kelly Ripa or that he says he has the same personality as her?” Still, Howard hoped Erik’s fantasy might come true: “I would pay millions to see this happen.”

In an even more bizarre turn, Erik confessed to recently asking his neighbor, Joey Boots, to help him apply a cream called Butt Paste to his asscrack: “Because I couldn’t do it on my own. Not with a Q-Tip.” Erik claimed it was just a one-time application, but Howard had his doubts. Howard100 News anchor Jon Leiberman said he’d once asked Erik and Joey to mime the scenario for him: “They had it down. It almost appeared as if they had done this multiple times. … [Joey] said he believed Erik got a little bit aroused.”