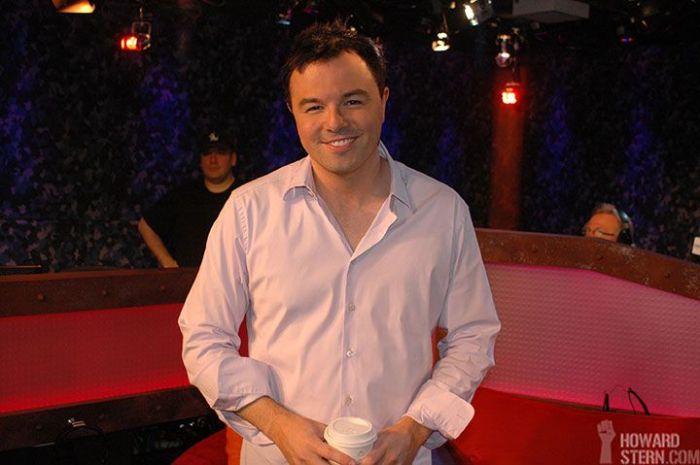 Howard actually stayed up late to watch the Oscars last night, and here’s what he had to say about it:

– Seth MacFarlane did fine, hosting the Oscars despite getting some poor early reviews. Howard liked the ‘We Saw Your Boobs’ song, and the jokes about Daniel Day-Lewis staying in character during Lincoln.

– Anne Hathaway was still out of breath while accepting her award. Robin thought she toned it down, but Howard joked that she seems like the type of person who “cuts herself.”

– Christoph Waltz won Best Supporting Actor, which Howard thought was the only real choice. Howard also thought Waltz’s movie, Django Unchained, was the best movie of the year. But Robin said The Sessions should have won Best Picture.

– Tommy Lee Jones looks like he has a disease, according to Howard, but Robin pointed out he’s probably just “old”.

– Howard liked Shirley Bassey’s “Goldfinger,” but also knew it was no “Stinkfinger” (a reference to Howard’s old FX show Son of the Beach).

– Paul Rudd and Melissa McCarthy presented an award together, but Howard didn’t understand their jokes. Even after replaying the audio of it, he still didn’t get it.

– Jennifer Lawrence fell onstage while accepting her Oscar. Howard blamed “the ugly dresses” that all these women wear, saying they treat the Oscars like it’s their weddings. It’s a wonder why they all don’t fall.