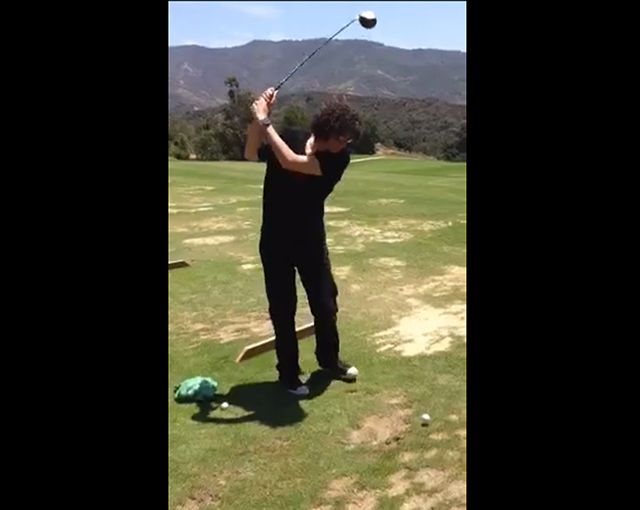 Howard has conquered radio, television, film, books, and photography, but so far the world of sports has eluded him. However, over the break, at Jimmy Kimmel’s wedding, while waiting for his hotel room to readied, Howard and Jimmy decided to hit some golf balls at the driving range.

While Howard was so green that he thought you pushed the golf tee all the way into the ground – and referred to a golf club as “that little stick you hit sh*t with” – he claimed that he hit a quarter of his balls to the 300 yard mark, which apparently is some sort of accomplishment in the golf world.

The staff was skeptical, especially Howard TV Director and golf innovator Scott DePace. The guys crowded around Howard’s console to watch a video Beth shot of the spectacular case of beginner’s luck.

Howard compared himself to a young Tiger Woods, but announced that he’d never play golf again. He’s going out on top.

Special kudos to the lovely Beth Stern for using her iPhone to prove that the Scott DePace’s Video Caddy is a completely unessential purchase.

Howard Practices His Golf Swing at the Driving Range