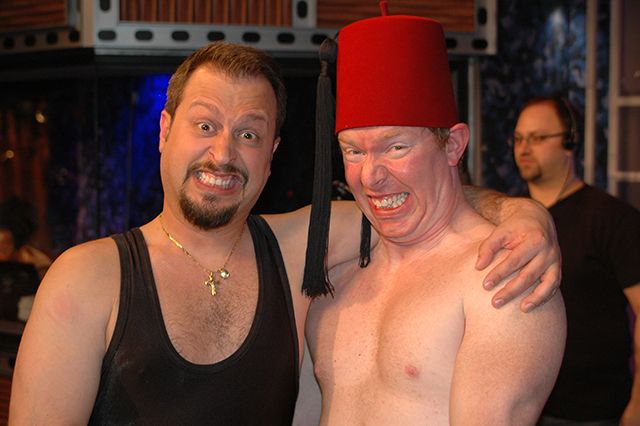 The news story of the NTSB Intern who confirmed the names of the Asiana Airlines flight crew as Sum Ting Wong, Wi Tu Lo, Ho Lee Fuk and Bang Ding Ow reminded Howard of why he loved prank phone calls so much.

Some names from their secret master list that they’re trying to work in now are Tee Nanal, Herb Eaversmells and Hugh G. Rection.

Howard, Sal and Richard all grew up with a love of making prank calls.

Howard would call his local pharmacy in Roosevelt pretending to be a girl who was hot for the pharmacist and asked if he could meet “her” in the parking lot with some “scumbags.”

Richard’s childhood accomplice actually got called down to the local radio station by the Program Director because word got out that he and Richard were pranking the Swap Shop*. The Program Director threatened to have them arrested and started yelling about Richard, all of which was captured on tape by the enterprising kid, who snuck a recorder in his pocket.

Sal Governale is the only one who suffered physical harm due to his passion for the prank call. His father started beating the shit out of him when he found out that Sal was trying to get some phone sex going with his religion teacher. The cops, who showed up after his teacher recognized Sal’s voice, had to physically pull Sr. off of Jr.

Little did the Sterns, Christys, or Governales know: their sons would turn their delinquencies into careers.