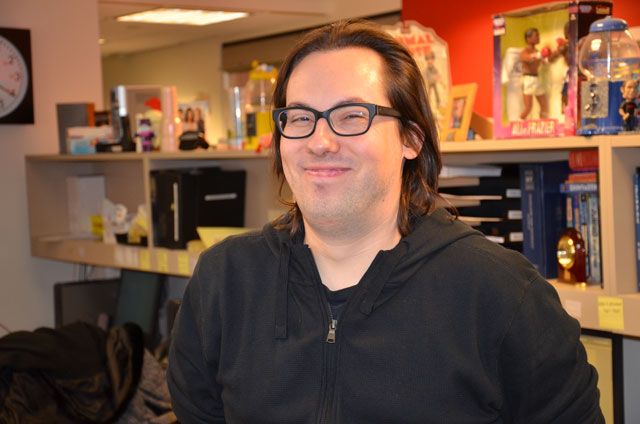 Unlike his deep connection to novelty spoons, JD finds it hard to form relationships with women.

A superfan named Laura called up complaining that she’d been essentially asking JD out for months and he kept blowing her off. Laura has been on the show before, as a “companion” to High Pitch Erik, which caused concern among the staff. She insisted that nothing sexual ever happened between her an High Pitch, but just the fact that she hangs out with him voluntarily is enough to skeeve anybody out.

JD said there was one time in Atlantic City that he tried to get her up to his room, but she declined. Laura said she wanted to meet in a bar because she’s “not a cheap slut.”

Apparently, JD is weary of going out in public with a girl because he’s afraid he’ll be recognized and hassled like Elizabeth Taylor and Richard Burton.

Gary pointed out that almost every girl who applied for the upcoming Hottest Chick, Biggest Fan contest had a photo or an interaction with JD.

His move, in case you’re looking for tips, is to open up a conversation by wishing girls a Happy Birthday on Facebook.

Another one of his moves is to just get the f’ing point. Gary and Jason talked about this one super hot girl who was trying to hang out with JD. JD asked her point-blank “Are we going to f*ck?”. When she said no, he declined to hang out with her.

If you’re a hot chick looking for that Mr. Right with an impressive spoon collection, follow @jdharm on Twitter.