The legend, the icon, the greatest songwriter of all time, and one of Howard’s biggest influences and heroes, Sir Paul McCartney stopped by the studio this morning to promote his new album, “New.”

Howard could probably ask Paul enough questions to fill the rest of his SiriusXM contract period, but he focused in on some today and made the most of the hour he had with Paul. 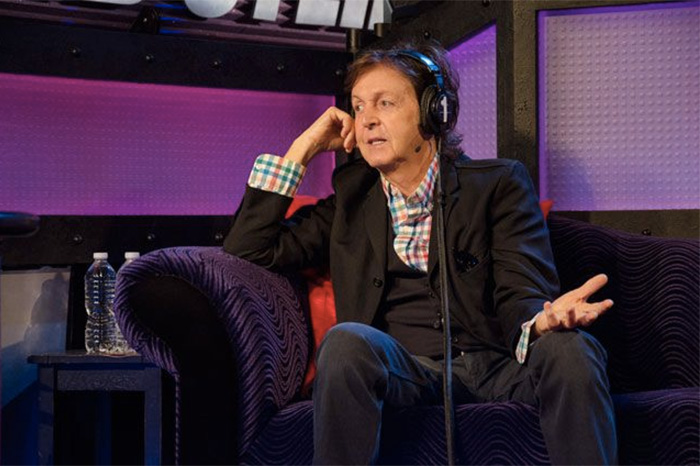 When John Lennon made his infamous comment that the Beatles were “more popular than Jesus now,” the Christian world was outraged. Howard understands the thought, saying that that everything the Beatles touched became a hit. Paul revealed that John’s comment was more a criticism of the church – people had stopped going, John was telling organized religion to get their act together.

Beyond music, the Beatles had an incredible impact on the culture with their mop-top haircuts and matching suits. Back when they were still dressing like 50’s greasers, John’s uncle gave them 100 pounds and they decided they wanted to get their hair cut. They went to a fancy guy in Paris named Jurgen and asked for him to cut their hair exactly like his. He thought their greaser look was cool and didn’t want to do it, but they convinced him.

The mania caused by the group inspired Madison Avenue to ask them to endorse and appear in ads for all kinds of products, almost all of which the Beatles turned down. There was once exception – the shot one advertisement for jeans and thought they looked “groovy”, but when they saw it in the paper, they vowed never to do it again.

Howard took notice when the Beatles stopped dressing as a cohesive image and realized that there might be something going on. Paul agreed that this was an astute observation.

Other legendary rock bands were influenced by the Beatles, namely the Rolling Stones. Paul noticed that they broke in America, then the Stones headed over to America. The Beatles go psychedelic, the Stones dress like wizards. Paul and John even wrote the early Stones single, “I Wanna Be Your Man.”

On John and Yoko

It doubtful that anybody would ever interview Paul McCartney without asking about John Lennon, but Howard took it a little further to try to get an accurate picture of Paul’s feeling about John and Yoko and the deterioration of their writing partnership.

Paul admitted that it was a shock when he came into the studio and she was sitting on one of his amps. He didn’t ask if he could bring her or explain why he needed her, she was just there.

Paul, George and Ringo spent a lot of time “fuming and sulking” about John’s new woman, but in retrospect Paul says that it was John’s right to have her by his side, but he could’ve been more diplomatic about it.

Paul said that Yoko was instrumental in John’s solo career. It was time for the Beatles to break up and she was the muse that took him in another direction.

Howard asked Paul to talk about some his most iconic hits. Read Paul’s song-by-song break down here! 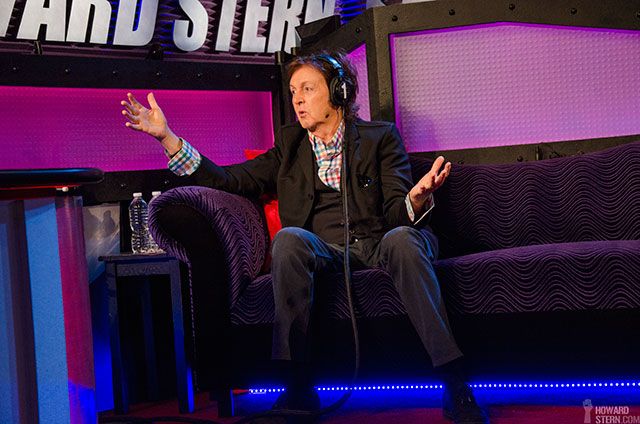 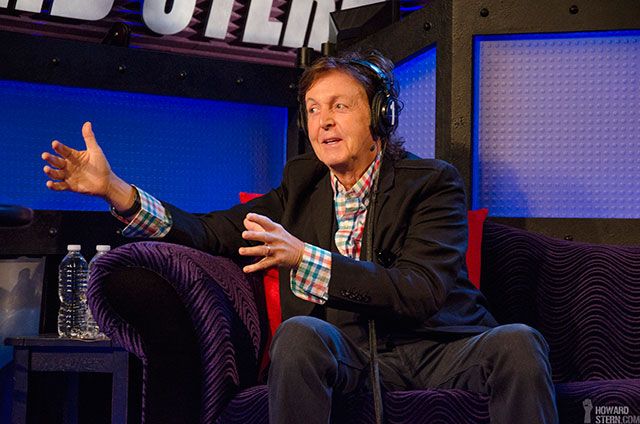