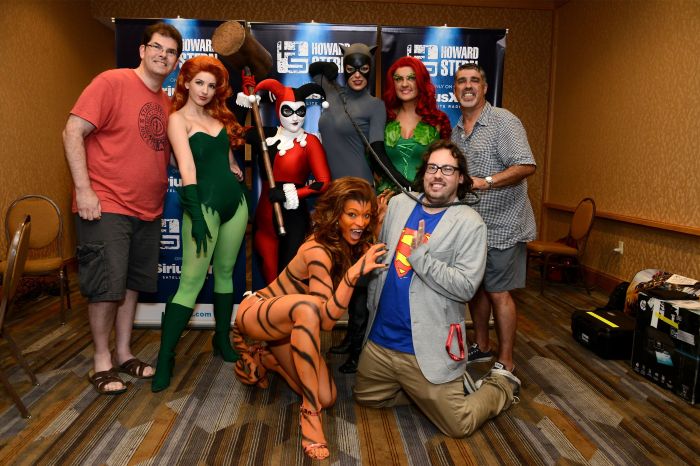 Almost the entire Howard Stern Show crew went out to Comic Con over the weekend to mix it up with stars and fans alike. Although Howard, co-host Robin Quivers, and Fred Norriswere not there, fans were still excited to meet the likes of staffers Steve Brandano and Jason Kaplan.

The crew participated in panels, broadcasts, and autographs and staffer Richard Christy got the opportunity of a lifetime to jam on the drums with Metallica before talking horror movies with guitarist Kirk Hammett for several hours.

Staffer JD Harmeyer was feeling sick, so when he wasn’t interviewing directors like Guillermo Del Toro for his Director’s Round Table, he was in his hotel room chatting on the phone with his new girlfriend.