Gaga in the Haus: A Lady and Her Piano

Gaga in the Haus: A Lady and Her Piano 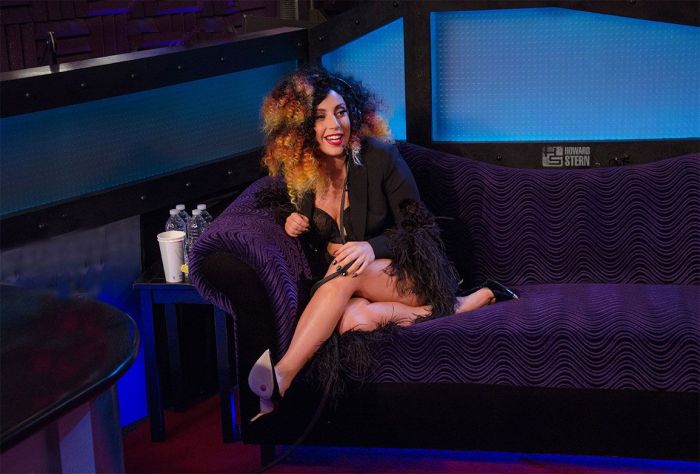 Our good friend Lady Gaga loves to stop by to perform for Howard when she’s got a new project and we were all thrilled to welcome her back into the studio for a third time this morning.

She recently made another in a series of bold career choices – she released a jazz duets album with legendary crooner Tony Bennett. To say Gaga admires her ‘Tony’ is an incredible understatement. She loves him.

Howard couldn’t believe that Tony was a little bit in love with her too (Tony even painted her nude for an Annie Leibovitz portrait), but she was reluctant to accept anything that sounded romantic. They have a great musical chemistry and are fantastic friends.

Not only did Lady Gaga sing a song from their collaborative effort – a song called ‘Lush Life’, but she updated Howard on her career since we’ve seen her last.

Here are the highlights from Howard’s interview with Lady Gaga:

Lady Gaga came under fire from bulimia groups for a performance where a woman vomited paint on her while she sang her song ‘Swine’. Gaga explained that the girl was an artist friend of hers who swallows paint and regurgitates it on canvas.

She explained that the song was about rape and her intent was to be degraded while she performed it. Howard asked Gaga if she had ever been raped by record executive. Gaga countered that she wanted to talk about and focus on positive things and she had come a long way in healing herself from that experience. As she has done in each of her Stern Show appearances, she spoke out about the way people in the record industry can abuse young girls who are desperate to make it.

Gaga ran into her attacker once in a store and was ‘paralyzed by fear’. She claimed that he even went around telling people that they had dated once she made it big. That was no date.

Gaga recently bought a house in Los Angeles. She doesn’t like LA, but the sunshine is good for people who tend to get depressed, which she does. But she’s working on it. 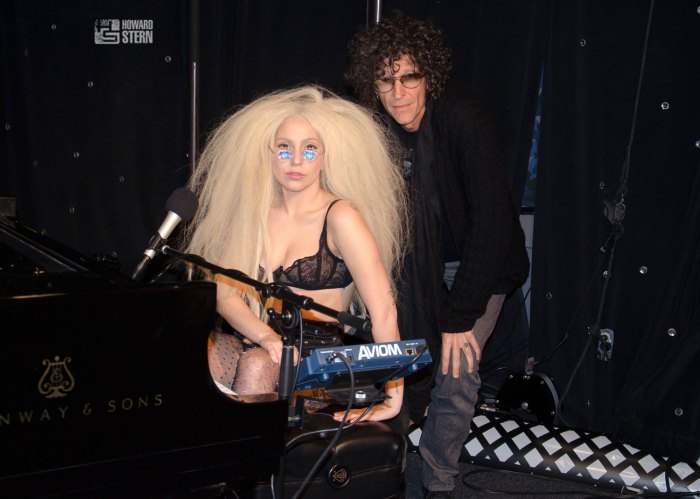 Howard and Lady Gaga in 2013 Photo: The Howard Stern Show

For now, the Lady is about to tour with Tony Bennett to hopefully bring jazz standards to an audience that hasn’t been exposed to them yet.

Don’t miss them on tour and be sure to get their smash hit album ‘Cheek to Cheek’ which is available everywhere.