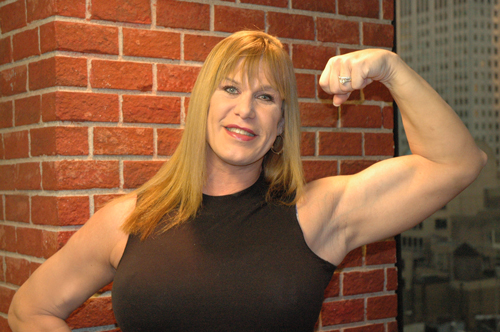 The Wack Pack’s resident beauty – Nicole Bass – has been through some rough times recently. You might remember that her husband passed away just after making love to Nicole a few years ago and Nicole was absolutely devastated.

After taking some time to heal after the loss of the love her life, Nicole is back out in the world and have fun! In a major way.

She’s stripping now! We know you never thought you’d be lucky enough to see Nicole Bass – World’s Biggest Female Bodybuilder – naked and writhing around a pole but sometimes the universe gives you exactly what you want. 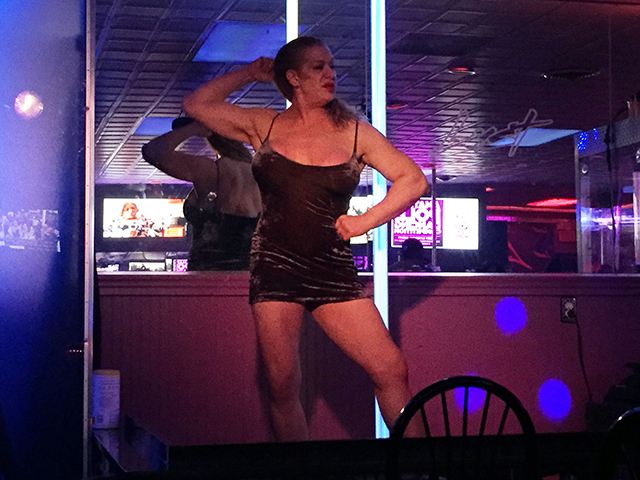 Nicole recently hit the stage in West Virginia – which is about four hours away from where Nicole lives, though took Nicole twelve hours to get to the club after she drove four hours in the wrong direction. 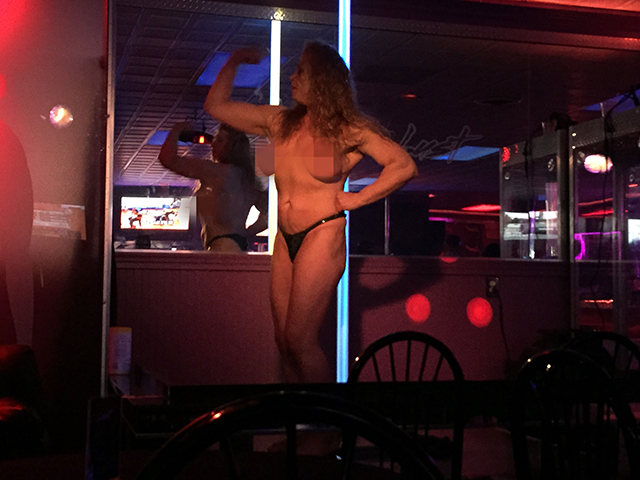 She made the artistic choice to appear barefoot and pay special attention to displaying her back muscles.

The men were apoplectic at the sight of Miss Bass, one guy professing his undying love for her rock hard muscular t*tties.

We must admit, the stage was covered in money by the end of her appearance and if you’ve ever seen Nicole, there’s no way you’re surprised.