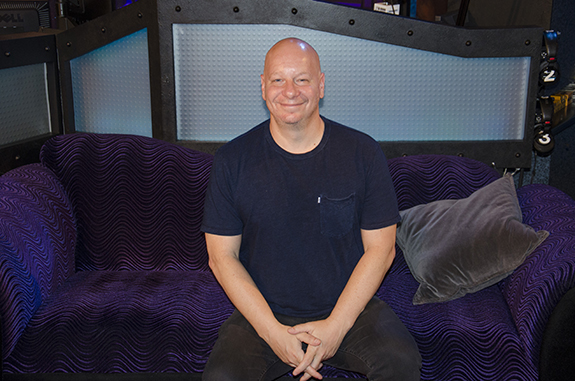 Jeff Ross, legendary comedian and the greatest roaster alive has not been on the show since his legendary performance at the Howard Stern Birthday Bash with the late great Joan Rivers.

Howard ‘hates’ to be roasted, but Jeff and Joan we so great that he loved every second of their performance. Jeff called the Birthday Bash the highlight of his career. He had never done a ‘dueling’ roast with another person, but the idea of going up there with Joan Rivers was hard to resist. Listen to Jeff tell the story of their awesome collaboration:

After the Birthday Bash, the Roast of Justin Bieber was probably Jeff’s biggest media moment of the past year. He announced that he’d like to roast Bieber and, to his surprise, Bieber wanted to do it.

Even the ultimate roaster himself can cross the line or tell a joke that the world deems ‘too soon’. Whitney Houston literally died while Jeff was onstage and he started riffing in the moment. The audience gasped, but Jeff dealt with the darkness the way many comedians do: by making fun of it.

For more Jeff Ross (and who doesn’t want more Jeff Ross?), check out his new special. Howard could not be more effusive in his praise of the show – he felt it was not only funny, it was ground-breaking. Jeff went into a prison and roasted the inmates – murderers, neo-Nazis, etc.