John Fogerty performs live in the studio and talks about his new memoir, Jay Leno takes a jab at Howard, and more!

John Fogerty Is Coming In 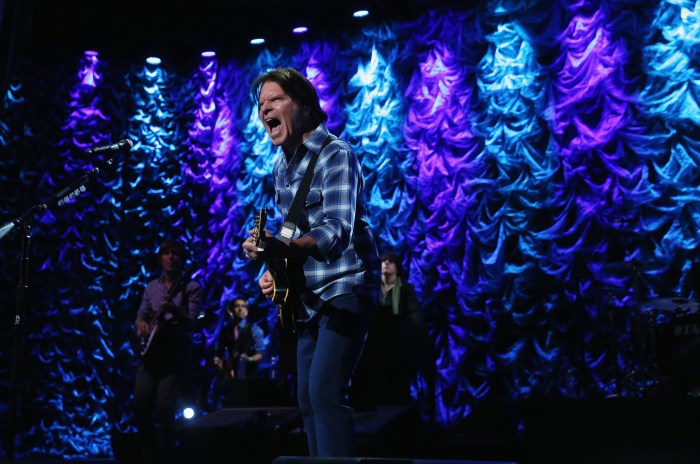 The studio was brimming with anticipation for John Fogerty to get in this morning. “There are guys who have catalogs and then there are those guys that have legendary catalogs,” Howard said, noting that even his covers were hits. “His covers were always cool,” Fred agreed.

One person who loves Fogerty too, Howard remembered, was Meg Griffin (the DJ, not the “Family Guy” character). Gary said she was actually coming in to do the Wrap Up Show later today. Howard remembered that back when they worked at the same station, WRNW, Meg and her future husband were like “the cool kids” that he wanted to emulate.