Howard added a few new songs into heavy rotation on his streaming music service of choice recently and played them for everyone early in the morning.

First up was “Thermometer” by a band called Kopps, which Howard said he “loved it so much [he] downloaded it.” Robin disagreed after hearing it, telling him, “I don’t think I could listen to it again.”

Next up was a tune called “If I Had No Loot” by the iconic Tony! Toni! Toné!, which has really gotten Howard moving when he’s at home. “I move my foot, which is my version of dancing,” he said, laughing.

“I Stayed Up All Night Thinking About This” 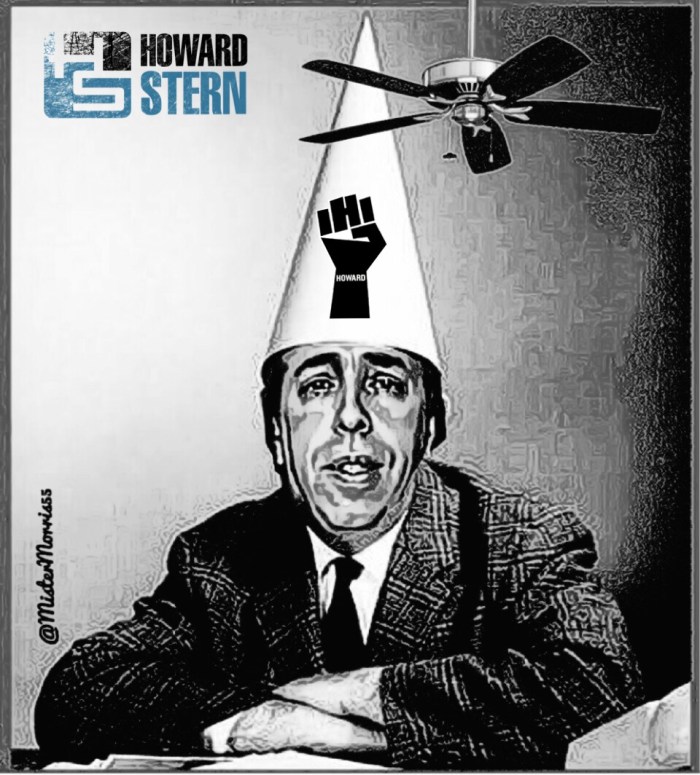 Bobo lived up to his reputation yet again this morning as Howard cautiously agreed to take a question right off the bat.

“I stayed up all night thinking about this,” Bobo began before unleashing what was in his mind a masterpiece: “Out of all of your great interviews … what do you consider to be your blockbuster interview of all time?”

“There’s no answer to that,” Howard said incredulously. “I’ve said a million times I don’t sit there an analyze them.” Bobo listens every day and he already knows the answer, yet he still asks.

Stern Show writer Memet came in to play Howard a clip of his grandma — who admittedly no one except Mehmet likes – calling Howard’s hair a wig and explaining why he looks like a witch.

“This is my worst fear,” Howard groaned, explaining that the things she said were everything he thinks people say behind his back.