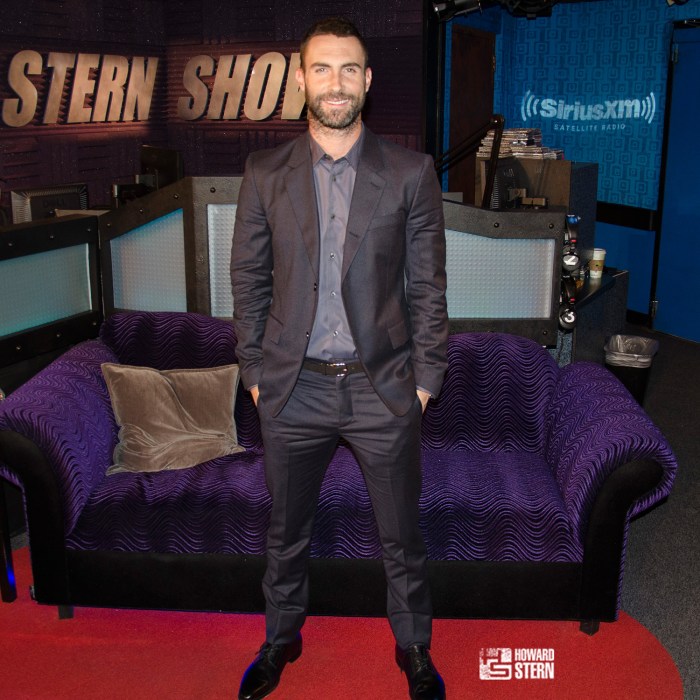 Maroon 5 frontman Adam Levine came by first thing in the morning to talk about his gig as a judge alongside Blake Shelton, Pharrell Williams, and Christina Aguilera on NBC’s “The Voice.” Check out some highlights of Howard and Adam catching up below.

Despite becoming one of the main faces of NBC’s hit reality competition show, back in 2011, it seemed unfathomable to some that Adam, singer and guitarist in the wildly successful Maroon 5, would even consider being a judge.

“At the time I think we needed to do something a little different,” Levine explained. And even though the rest of the guys in the band were “skeptical,” they weren’t upset about it by any means.

Still, Adam wasn’t sold on the idea, as he didn’t want to be involved in an “American Idol” type of situation where he might be pressured to “cut” people down in the judging process. Ultimately, it was the other talent like Cee Lo Green and Christina Aguilera that convinced him to sign on.

Adam also had a lot to say about the music industry side of the process, expressing his anger at the record companies who NBC and the judges hand off the winners to after the show is over. “You have to hit the ground running,” after an opportunity like winning “The Voice,” he chided — and it seems the music industry execs are failing these budding performers.

As for what’s next, Levine has no plans of leaving the hit show, but he does want to focus on creating a new record with Maroon 5. “[I want to] do it ourselves, really make a great record, super artistic record,” he told Howard.

While there have been reports over the last few days about Maroon 5 emerging as the frontrunner to perform in February at the Super Bowl 50 halftime show, Adam said he hasn’t heard much about it.

Adam and Behati ‘Pulled the Goalie’

Speaking of recording a new record, Adam said that he was almost too happy in his personal life to be writing new songs – he needs some heartbreak and joked he might force his wife Behati to do something about that.

Howard soon honed in on an even more important question though. “We’re going to get her pregnant when? What’s the plan here?” he questioned.

“No plan. We can’t plan. I know it’ll be soon … We pulled the goalie,” he whispered (and seemingly immediately regretted saying).

“What is [that] phrase you used?” Howard asked, honing in on it with a laser focus. But Adam was coy about it, telling him that Behati will have to come in one time and speak for herself.

Drew Barrymore Tells All to Howard in Her Stern Show Debut