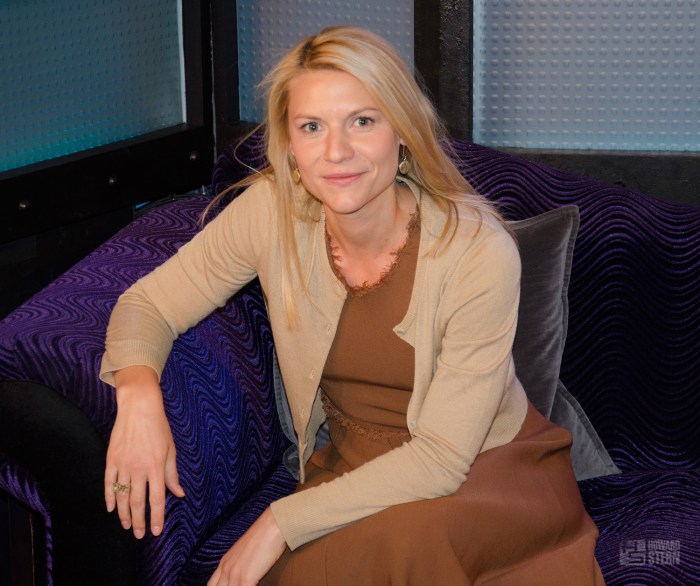 After last night’s Season 5 premiere of “Homeland,” Howard was excited to welcome first-time guest Claire Danes in for an interview this morning. Check out some highlights from the interview below that found them tracing her career from early successes to present-day fame.

The Future Of ‘Homeland’

While early on in the interview Claire let on that she is itching for a new challenge, when Howard asked about her future on “Homeland,” she reassured fans that Carrie Mathison isn’t going anywhere — and not only because Danes is contractually obligated to seven seasons.

“Even if that wasn’t how it worked I would do it. I really … I love these people so much that I’ve been working with. And we’ve been trying our best to make this as good as we can for so long — I want to see it to the very end.”

As for what may come after “Homeland,” Claire revealed that she was interested in working with something in a genre she has little history with. “I would love to do a comedy,” she told Howard. “This current wave of comedians, I think, are particularly inspired … They’re exciting me more than anyone else in the culture right now.”

Before her success on “Homeland,” Danes found early success with roles in “My So-Called Life,” “Romeo & Juliet,” and even “Terminator 3: Rise of the Machines,” which she admitted was a bit “out of character.”

Howard particularly loved her in “My So-Called Life,” which was a sort of breakout role for her as Angela Chase. “It was so fresh; it was so innovative. It was kind of provocative for that reason,” she explained.

Will She Shed Her Clothes?

Howard wondered if Claire would ever do a nude scene for a future role. “If I don’t have to, I don’t know, I don’t want to,” she began before remembering her “stock” answer: “I’ll do it if it serves the scene.”

As far as sex scenes go, she’s had quite a few — though she couldn’t remember anyone ever getting “aroused” on the set. “Maybe I’m really bad in pretend bed,” she joked.

The Value Of Awards

Claire is no stranger on the awards circuit having four Golden Globes and three Emmys already to her name — but is that even important to her?

“Well, the nice thing about winning awards is that you don’t have to win them again … you’ve been validated,” Danes mused.

Jeff The Drunk Gets Jacked