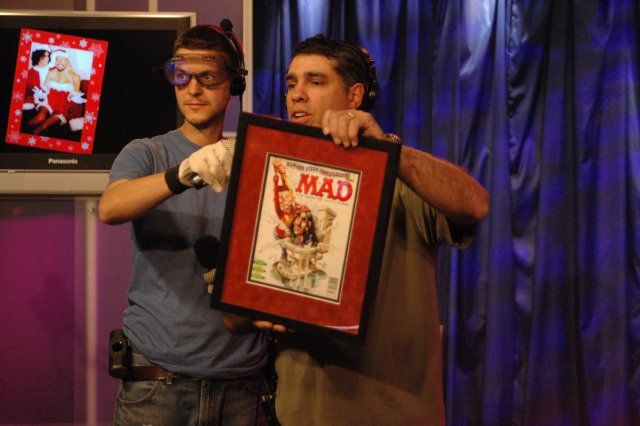 After Soupy Sales, Howard’s next obsession was MAD Magazine, but his introduction to it came in a roundabout way.

When he was a kid, all he wanted was a Playboy Magazine – he even asked his mom and it became a known fact throughout his extended family. Up until then, he just had a nudist magazine (“you know nudists — they’re not models.”) hidden in his sister’s old doll box with some of his father’s cigars.

So one year his cousin Jack gave him what looked to be an issue of Playboy Magazine, but was really a MAD Magazine in a Playboy cover as a joke. Despite the disappointment, it introduced Howard to MAD and started a lifelong fascination. “The Beatles, the Stones, Mad magazine – that was the revolution,” Howard charted.