Renowned model and actress visits ahead of her new book "Timeless Beauty: Over 100 Tips, Secrets, and Shortcuts to Looking Great" 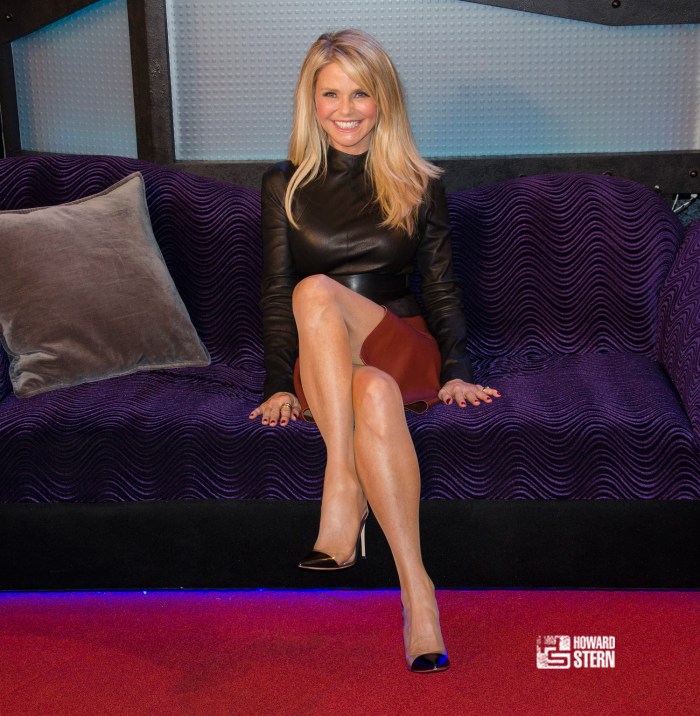 Supermodel and actress Christie Brinkley stopped by the studio this morning ahead of the release of her first book, “Timeless Beauty: Over 100 Tips, Secrets, and Shortcuts to Looking Great.”

Christie also surprised everyone by walking into the studio with a guitar singing “Baba Booey” to the tune of “Louie Louie.”

Check out all of the highlights from the interview below!

Underwear Can Make Or Break An Outfit

Christie admitted early in the interview that she wasn’t wearing any underwear as a result of an outfit problem this morning. Instead of being late for Howard, she chose to forgo her underwear altogether. “It’s very important to know your panty seams and when to take them off,” she explained.

That led her some discussion of the beauty tips from her book – something she is more than qualified to speak on.

Will The Real ‘Uptown Girl’ Please Stand Up?

The story of Billy Joel’s hit song “Uptown Girl” has many twists and turns. Today Brinkley sought to set the record straight with the comprehensive story as she knew it.

While Christie did not have the best biological father, her stepfather, renowned writer/director/producer Don Brinkley turned into an amazing part of her life – and it was Christie herself who found him for her mother.

Listen above for some of her fondest memories from their personal life as well as her memories of his professional work.

The Breakup That Sent Her To Paris

In college, Christie was a self-described hippy, spending her time in the arts and protesting the Vietnam War. But after only a year of college, Christie picked up and moved to Paris to pursue her aspiration of wearing a beret, living “in a garret,” and escaping a bad break-up.

Her first love, a boyfriend who was in his final year of college right as she entered, cheated on her with Mary Tyler Moore’s stand-in, Brinkley recalled, and she was heartbroken. After spending a week “licking her wounds,” she made the move though. And it might have turned out very differently considering that’s where she was discovered by Errol Sawyer.

After hearing from two influential photographers that she should meet with Christie, legendary model agency exec Eileen Ford invited her over when Brinkley was back in Palm Springs for a visit.

While Christie decided to dress on the conservative side, Ford was in a triangle bikini and Brinkley hilariously recounted how Eileen’s breast popped out as she was looking through a book of photo samples – and Ford didn’t even notice, much to Christie’s horror. Listen above for the great story in her own words.

Her Daughter, A Model

Brinkley’s 17-year-old daughter is now modeling, and Christie told Howard that she’s happy about it. “It’s a great life. It opens so many doors.”

Christie explained that Sailor is more interested in pursuing a career in filmmaking and photography (and has applied to the Parsons School of Design). “She turns down many more assignments than she takes,” she said. Sailor will be featured in Town and Country and Seventeen magazines this month nonetheless.

Life In The Public Eye

During the interview this morning Christie also addressed her tough divorce from Peter Cook and the media frenzy that ensued. Christie said that she refused to engage with the endless inquiries – except for one time.

“The one time that I said anything was on Matt Lauer because I was there to promote – I was not there to talk about it – but he kept saying something and he said something that sort of challenged, I felt, my mothering capabilities, which I will address, because I’m very proud of that. It’s all I ever wanted to be, is a good mom and I am a good mom. I know that.”

As a result, Christie was “a little upset” at Lauer, but said that they have since made up.

Brinkley’s latest man is someone who has also graced the Stern Show studio – John Cougar Mellencamp.

“I love musicians … I think that artists are the most amazing people because they’re constantly creating beauty for the world,” she mused. 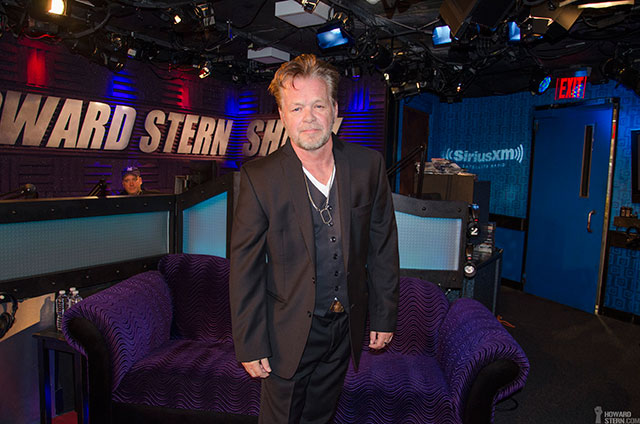 Though she didn’t want to discuss the relationship too much so as not to “jinx it,” both Howard and Christie bonded over their shared position that Mellencamp needed to stop smoking cigarettes – however unlikely that may be.