Nick Cannon: ‘I’m Putting the Radio Back in RadioShack!’

Nick Cannon: ‘I’m Putting the Radio Back in RadioShack!’ 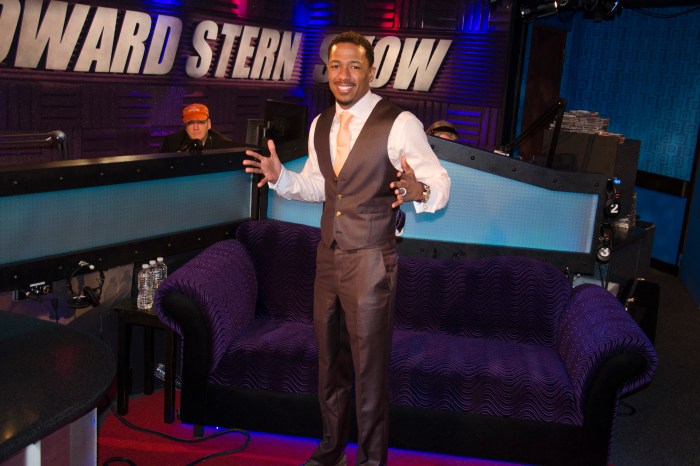 Nick Cannon stopped by the Stern Show on Wednesday morning to promote his role in Spike Lee’s new film, “Chi-Raq,” and also exclusively told Howard that he has been named the Chief Creative Officer of RadioShack.

“I’m putting the radio back in RadioShack!” he exclaimed.

The company—which in February of 2015 was delisted from the NYSE and days later announced they filed for Chapter 11 bankruptcy protection—is seeking to revamp its image with a new face.

Cannon explained that he went down to speak at the company. “I make headphones, been doing that for quite some time and I wanted to be in business with RadioShack before they went out of business,” Nick said.

Nick also told Howard that he actually has a personal connection to the company too. “My grandfather, when I was eight years old, was killed,” Cannon explained. “But he was a musician and he left me all of this equipment from RadioShack—keyboards, mixers, all this stuff I didn’t know how to use. And I had to go to the local RadioShack down the street and the guy there taught me how to use everything. This was like, my connection to my grandfather … They help you, unlike the Apple Store. They actually show you how to work everything.”

“Nick Cannon is one of today’s most successful personalities in the entertainment industry and the picture of a RadioShack success story,” Michael Tatelman, RadioShack’s CMO, said in a press release. “Throughout our history, RadioShack has sought to inspire, educate and innovate through our different programs and products. With Cannon’s innate, innovative drive and authentic connection to RadioShack, he is the perfect person to join our team. RadioShack is back.”