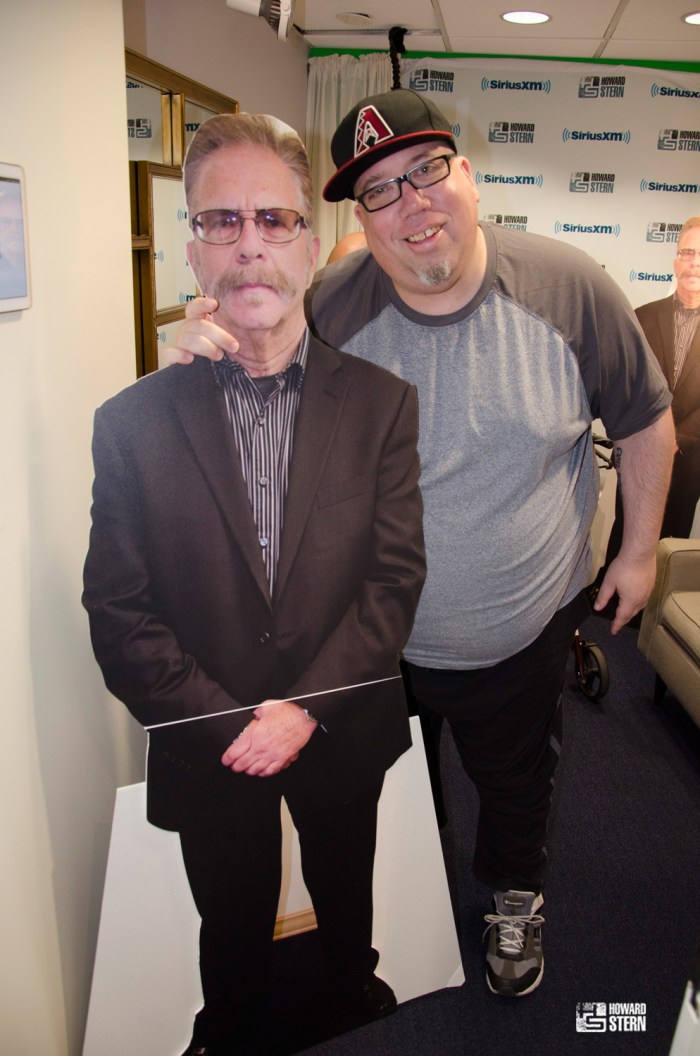 High Pitch Erik, who famously won a Flat Ronnie by losing weight over the holiday break, was tested recently with a sting operation conducted by the staff with the help of Joey Boots.

Howard played clips of the incident where a man offered Erik a series of increasing amounts of money for the Flat Ronnie, all the way up to $50,000. But in the end, Erik was faithful: “The answer is ‘N’ ‘O,'” he maintained.

In other High Pitch news, Jason reported that Erik has allegedly gone vegan, but eats loads of chicken salad. Erik called in to clarify that it was vegan chicken salad and that he was eating healthy. He also has two new pet albino frogs names Jenny and Donnie, which live in a two-gallon tank he set up for them.