Khloe Kardashian stops by, Earle Bailey does a tribute for Howard, and more!

Howard said he heard a few of the duets JD and Robin recorded together recently and they were beautiful. Robin has really been adding the personality to them though – JD isn’t as lively.

Speaking of talent, Howard said he was surprised and a little freaked out by the announcement that all of the judges (aside from him of course) would be returning to work with Simon Cowell on “America’s Got Talent.”

“I have a million theories on this,” the former judge himself told listeners, explaining that he knows what goes on behind the scenes at NBC.

“I’m happy for all of them – let’s leave it at that,” Howard concluded … but he didn’t. Howard thinks that NBC probably told Cowell he’d look like “an asshole” if he got rid of Mel B, Heidi Klum, and Howie Mandel.

“It just threw me, but I’m happy for them,” he ended. “Well I’m glad they’re coming back,” Robin added.

What Happened to the U.S. Navy?!

Howard was reading the news this morning and was shocked by the fact that the Iranian Navy was able to detain 10 U.S. sailors.

“We’re not a superpower anymore. You don’t get your hands on our soldiers,” he fumed. “This sounds like the plot of a Seth Rogen movie.”

Howard suggested they put former NY Police Commissioner Ray Kelly in control of the navy since he knows how to get shit done.

While Robin has yet to give Howard a present yet, Fred, Benjy, and JD all received praise for their thoughtful gifts.

Fred got Howard a wah-wah pedal for his guitar in addition to an amplifier for his phone that lets him play along with songs and a journal that digitizes his drawings.

Benjy was no slouch either. “Benjy feted me with gifts,” Howard praised. He sent over a nice bottle of wine, plus a box of fruit (which he promised he hadn’t touched).

Coming in with a surprise win, JD gave Howard very beautiful stationary with his name on the top and “peace and love” at the bottom. “I thought it was really great,” Howard told him.

Earle Bailey, a fellow SiriusXM host and someone whom Howard has listened to for years on stations across the East Coast, did an entire tribute in honor of Howard’s birthday on Tuesday.

Bailey featured a playlist that only included songs with the word “talk” in the title in honor of Howard’s talk radio legacy … but the songs included a bunch of weird choices, so Howard joked that he wasn’t too sure anyone had even ever heard of these songs – except Meg Griffin of course.

“I guarantee you Meg consulted him on this playlist … I want a redo on my tribute,” he teased. Tracks included:

Jerry Lee Lewis, “Let’s Talk About Us”
Buzzy Linhart, “Talk About A Morning”
Stevie Ray Vaughn, “May I Have A Talk With You”
King Crimson, “I Talk To The Wind”
Stephen Stills, “Everybody’s Talkin’ At Me” (Live)

But in all reality, the tribute was a big honor and Howard thanked Bailey for doing it. “I am a fan of Earle’s and I am honored that he would honor me with those beautiful tones,” the King of All Media told listeners. 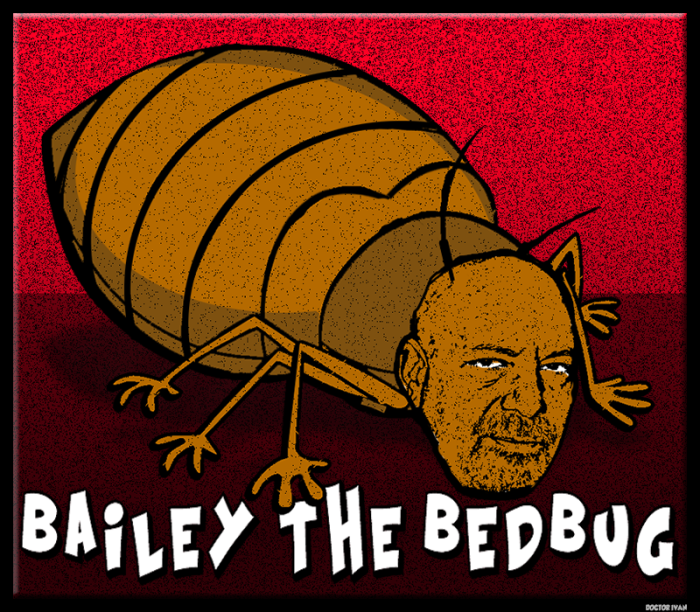 Scott went back to the studio recently to cut more content to support his infamous Bailey the Bedbug bit. The engineer by trade made some fake voicemails from Bailey which the writers cut up and used for a phony phone call.

“We turned Scott’s shit into gold with that call,” Howard told Salem who was nevertheless gleaming.

Keeping Up With Khloe Kardashian

After a close call that saw her commercial flight make an emergency landing in Las Vegas, Khloe Kardashian arrived safely at the Stern Show studios to sit down with Howard for what became one of the most candid interviews of the past few years (if not longer).

Khloe and Howard touched on a wide array of topics that included the inside story of what happened to Lamar Odom, her take on Caitlyn Jenner’s transition, a response to Amy Schumer’s SNL monologue, her new boyfriend James Harden, and an exploration of her body transformation – plus of course her “DSLs.”

Check out all of the highlights here and listen to some of the best moments below:

You can check out Khloe in “Kocktails with Khloe” on FYI!

Jewel Has a New Boyfriend