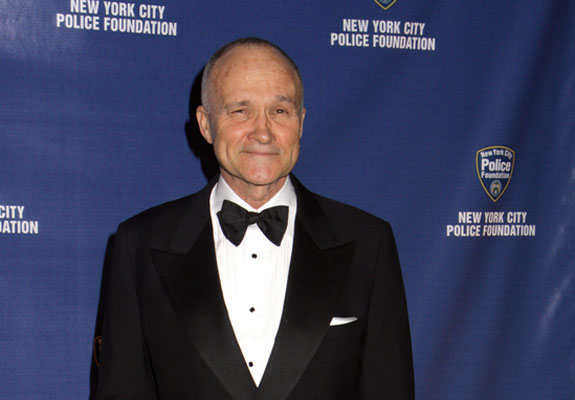 Former New York Police Commissioner Ray Kelly appeared on the Howard Stern Show Monday morning, days after the Paris terror attacks, and addressed the effect it may have on New York City and what we should be doing to prepare.

In a coordinated attack late Friday evening, militants who were reportedly associated with ISIS murdered more than 120 people in suicide bombings and shootings across venues like the Stade de France, Bataclan theater, and multiple cafes throughout the city.

“Quite frankly they’re overwhelmed,” Kelly said of the French authorities. “They have so many people — maybe thousands of young, disaffected people who may have the jihadist tendencies. They can’t watch them. They just don’t have the resources to do it.”

In his experience, Kelly told Howard, it takes about 20 people to man surveillance of one person, 24/7. Thus he thought it wasn’t a question of a lack of intelligence, “they have too much intelligence.”

Howard wondered if the solution then would be to crack down on visas and lock down the borders for a while, but Kelly, who was also at one point the led a division of Bill Clinton’s “private CIA” (Investigative Group International, Inc.), explained that doing so would collaterally hurt the U.S. “because we need that brainpower too.”

Instead, he explained, there should be a “robust vetting process” enacted for people entering the United States. “The challenge is that we don’t have the databases. We don’t have information like we do in this country on what somebody did, where they worked, what their affiliations were,” Kelly explained.

“So I think you make that a criteria. ‘Hey, you’ve got to pass these tests or unfortunately you’re going to go back,'” he continued.

New policies may be tough to enact in the current political atmosphere, but the former police commissioner who has, by his account, personally worked to foil upwards of 16 terror plots in New York, mused that “this could be a game-changer — the Paris incident.”

As for his hometown, Kelly said that New York City remains the “number one target in this country” as a result of its cultural and financial relevancy on a global scale. “Terrorism is theater and this is the world’s biggest stage.”

For more insight from Ray Kelly, grab a copy of his new book, “Vigilance: My Life Serving America and Protecting its Empire City.”