An In-Depth Discussion on the Wack Packer's Inner-Workings 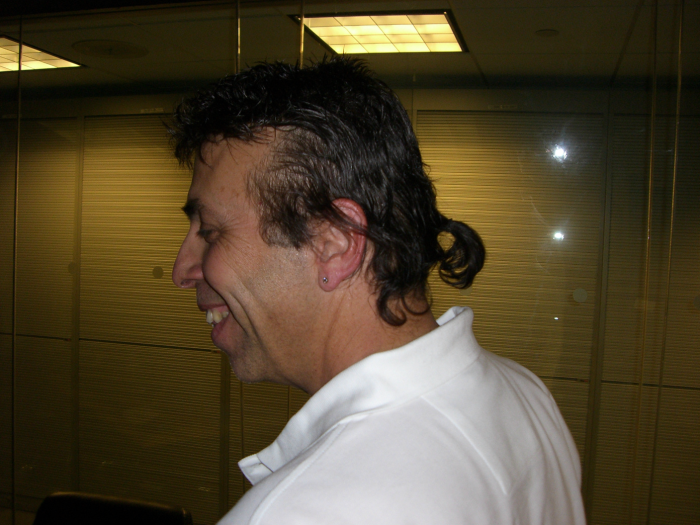 Bobo took a real beating with the game and he called in to try and defend himself. Howard played more of the clips and brought in Shuli Egar to give more commentary.

Some of the most egregious errors Bobo committed were with words like “oaf,” “ingenious,” and “enigma,” among numerous others.

Bobo complained that if they played this game with listeners, half the audience would fail. Howard suggested they bring in Bobo, Sal, and both of their sons to see if the kids could beat their parents.

“I think the kids mop the floor with them,” Shuli predicted.

Afterwards, Bobo hung up … or so he thought. With his phone still on, Howard, Robin, and the whole audience got an inside look into the Wack Packer’s process as he admonished himself for missing some words and practiced using others in different sentences while presumably jotting down some notes. The only problem was that even off the air he seemed to get them wrong.

“I feel like I’m observing and animal in the wild,” an amazed Howard whispered.

Shuli got Bobo back on the phone before actually hanging up and told Howard he was working on getting a hold of Bobo’s numerous notebooks – especially the color-coded one of his questions.

Stay tuned for updates on that.