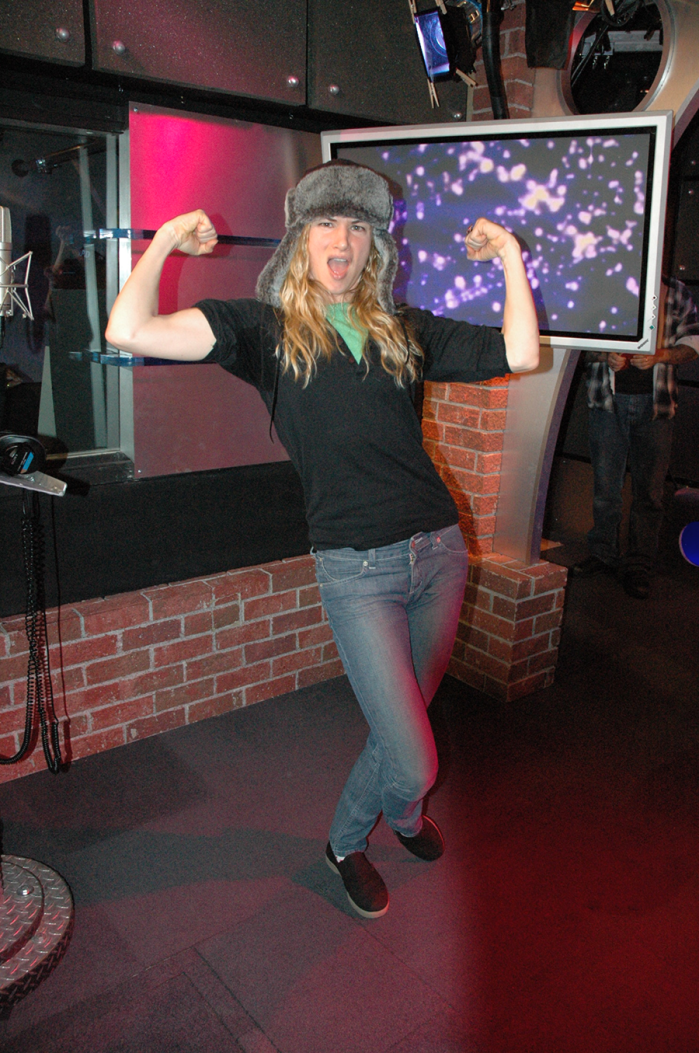 Rocker and actress Juliette Lewis returns to the Stern Show studio Wednesday morning ahead of the release of of her documentary “Hard Lovin’ Woman,” directed by none other than Michael Rapaport!

Lewis hasn’t been on the show since 2005, so she has a lot to catch up with Howard about. For now, check out what happened … previously on the Stern Show!

Being The Other Sister

In 1999 Juliette Lewis portrayed a mentally challenged character in “The Other Sister,” so in celebration of her coming in, Howard played some clips of her dialogue put to music.

“I love it against the Led Zeppelin, whose idea was that?” Lewis asked before paying her compliments to the creator.

Howard said that in all seriousness though, Juliette did play the character incredibly well whereas in many other movies, he thought people could take a similar character off the rails a bit.

“It’s so hard because you can get into a caricature and you have to have some honesty,” Lewis told Howard.

With Juliette receiving so much critical acclaim for her acting, Howard wondered about comments circulating that she was considering leaving film to exclusively focus on her music career with Juliette and the Licks.

Lewis explained that while that wasn’t totally correct, there was some truth to the statement. “I’m glad people like my acting, but it’s not really what I was meant to do … I was always going to sing,” she said.

Juliette clarified that she’s not just some “Bambi singer,” she is a serious rocker and moves the crowd.

Howard told her he’d have to come out and experience it for himself.

Richard Christy also came in during the 2005 interview and asked about Lewis’ nude scene in “Renegade” where she had a full bush.

“You know what I’m wearing?” she prodded Richard. “I believe I’m wearing … a merkin!”

Juliette explained that she didn’t really want to be showing audiences everything, so she picked up the wig designed to be worn in the pubic area and just went with it.