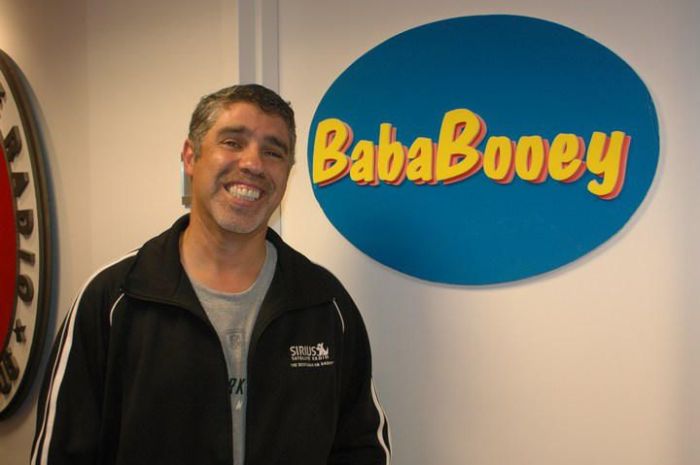 Stern Show Executive Producer Gary Dell’Abate was reportedly extra phlegmy this morning during his meeting with Howard and totally derailed his Boff’s concentration.

“He’s been so good lately,” Robin, who was a bit surprised, said.

Howard thinks that Gary is getting sick “but he probably says he’s not.” Gary insisted that he was not.

Begrudgingly, Gary explained that the cough “is a cover for the clearing,” which he has been teased about in the past.

Jason Kaplan reported that he hadn’t noticed it at all during the morning, but figured that Howard pays more attention.

With that important piece of business out of the way, Howard had Michael Rapaport announce the day’s special guest – Juliette Lewis!

Steve Miller at His Best

Howard said called Steve Miller a hero this morning, not only for his musical contributions, but also for his epic denouncement of the Rock and Roll Hall of Fame after he was inducted on Friday.

Howard also recalled how many years ago, Steve Miller was a guest on the air with him and became one of Howard’s first “celebrity” friends. Miller was a fan of the Jackie Martling-type jokes and sent over a few to Howard afterwards, so Howard felt compelled to send some back. Unfortunately after that he never really heard from him again.

Fred Norris played through some of Steve Miller’s greatest hits before Howard played the clip of the musical icon sounding off on the Hall of Fame.

“Fucking Steve Miller, right?” Howard laughed. “I just love when people get pissed off … It’s so rock and roll.”

Howard mentioned a couple of other great recent rants including Mickey Rourke going off about Donald Trump for allegedly suing him and Tupac as well as Snoop Dogg’s fiery statement against Arnold Schwarzenegger.

Howard’s Wild and Stinky Night In

Howard began his night yesterday with his normal dinner: Ordering in eggplant parmigiana with spaghetti and a side of broccoli.

Nowadays, Howard told listeners, he can’t even wait for 5pm, so he’s been eating dinner closer to 4pm while he watches Neil Cavuto. “I would wait for ‘The Five,’ but I can’t hold out,” he said.

“I have it all fucking worked out,” Howard explained. First he throws out three scoops of spaghetti so that he remains skinny, then he cuts up the broccoli and eats it with the eggplant and then finally eats the spaghetti. But last night was different — Howard treated himself to the entire container of spaghetti instead of throwing any out and got completely stuffed.

After dinner, Howard was editing some work and let out a fart that “smelled like I shit my pants,” he recounted. Beth Stern, meanwhile, was getting ready to attend the 2016 Breast Cancer Research Foundation Hot Pink Party.

The trouble came when she entered the room and got a whiff of the smell. “Oh my god, what stinks in here?” she questioned before wondering if Howard had farted.

Howard, though, said he was too embarrassed and didn’t want to admit it. Even when Beth asked him to swear on their late and beloved dog Bianca’s life that he didn’t fart, Howard stayed with the lie. “Honey, I swear I didn’t fart,” he told her.

Even with his insistence, Beth could see straight through her husband though.

While in town promoting his new album “This Path Tonight,” Graham Nash stopped by Howard’s studio to play an acoustic session just for our listeners!

Howard teased the audience with a clip of Nash discussing how he wrote “Our House” while hanging out with Joni Mitchell before performing the classic tune. Watch his performance above and tune in for the full special on Howard 101 Friday April 15 and all weekend.

Click here to see exclusive videos from the performance too. 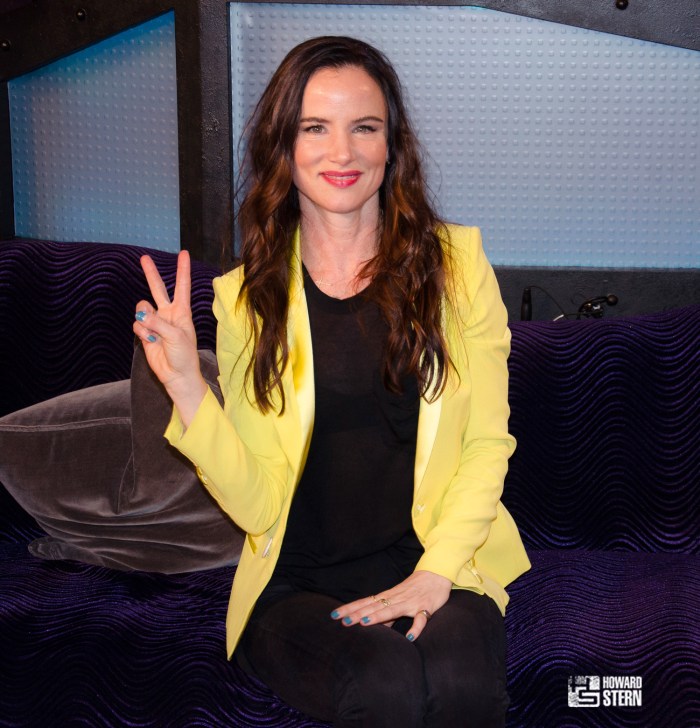 Making her first Stern Show appearance in more than ten years, actress and serious rocker Juliette Lewis stopped by the studio ahead of the release of her new Michael Rapaport-directed documentary, “Hard Lovin’ Woman,” which premieres April 23rd and can be seen on-demand globally on Red Bull TV.

Howard and Juliette talked through everything from the infamous “Cape Fear” scene that saw her sucking Robert De Niro’s thumb to the audition where she convinced Oliver Stone she had killer instincts and why she’s pissed at photographer Terry Richardson.

Check out all of the highlights here. 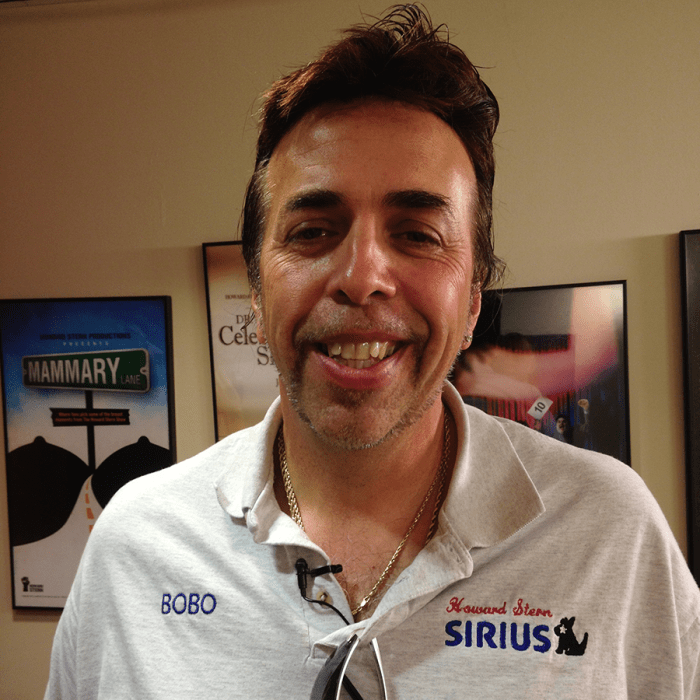 Late in the show Howard picked up on Bobo who opened with a baffling line: “Great googly moogly, Howard!”

The conversation immediately stopped as everyone tried to figure out why the hell he would say something like that. “It was so uncool,” Howard told the Wack Packer.

Bobo’s “Toupee” called in and mused that this call might be the quickest he’s ever gone wrong.