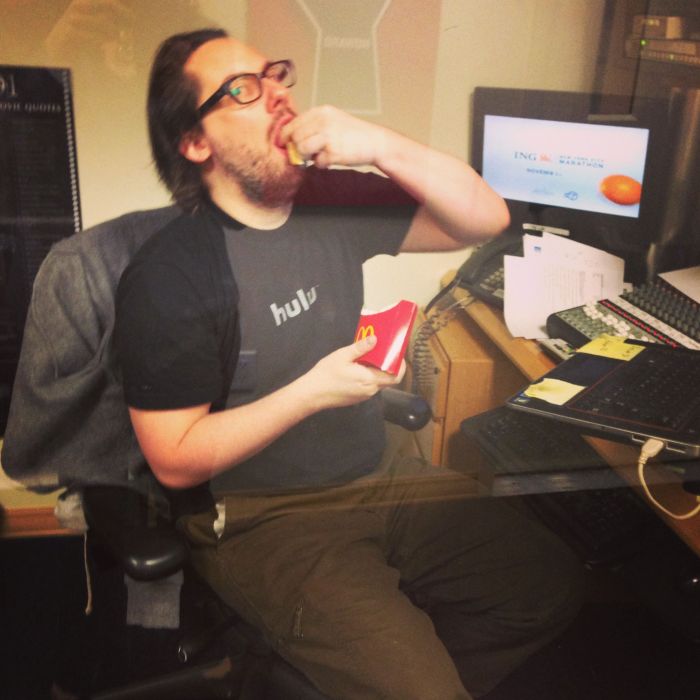 “Can I have your permission to observe JD for a day?” Wolfie asked Howard.

Robin recalled how he did it with Gary Dell’Abate once and yielded some funny results.

“Fuck you Wolfie … I’m not interested in being shadowed by this douchebag,” JD said, but his protests just served to intrigue the King of All Media more.

“It’s turning me on that JD’s so against it,” Howard admitted.

Wolfie assured JD that his motives were more “scientific” than “mean-spirited,” but the mumble-mouthed staffer was not convinced.

Nevertheless, Howard agreed to greenlight the experiment to see what happens. Everyone was especially intrigued by news that JD and his girlfriend recently attended a painting class, which yielded this masterpiece: 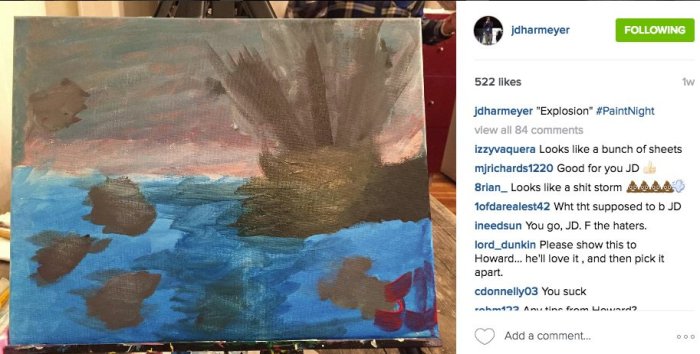 Will Murray, meanwhile, came to JD’s defense by pointing out Wolfie’s ill-fated attempts at humor on Twitter.

How Big Is JD’s Cock? 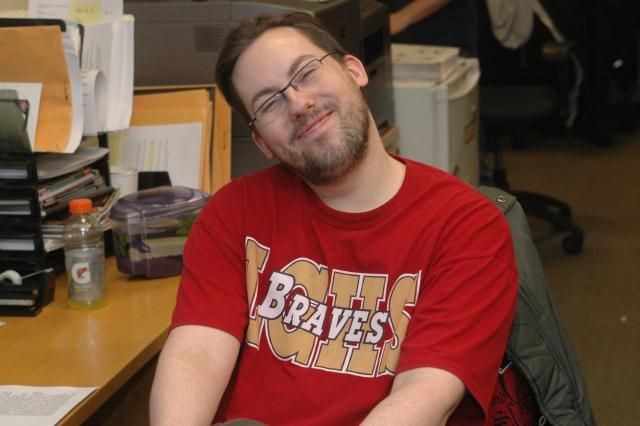 A caller named Nancy later mused that JD must have a big dick considering the fact that he reportedly has a beautiful girlfriend.

Robin wouldn’t have it, though. “JD, come in here and we’ll see how you measure up,” she said.

JD said showing off his goods would be too weird, but confirmed that he is both circumcised and tries “here and there” to manscape.