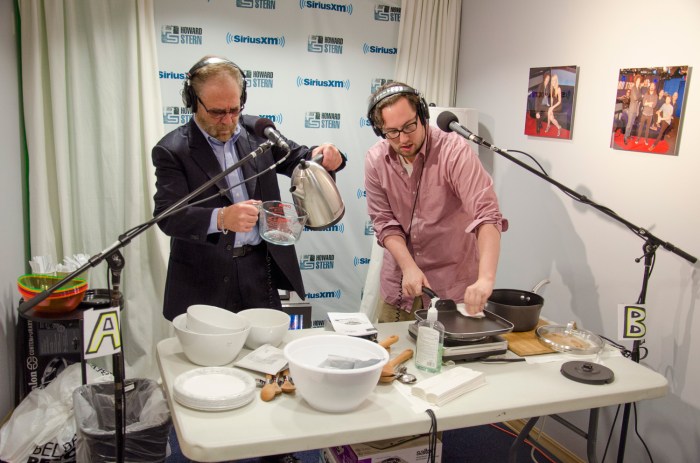 This morning the green room was set up as a kitchen so Ronnie “Flay” Mund and JD Harmeyer could attempt to cook meals from disgraced televangelist Jim Bakker’s apocalypse food bucket that Howard bought.

Things got off to a rocky start as Ronnie struggled reading the fine print and JD struggled to understand literally anything about the act of cooking – he didn’t even know how to boil water.

Ronnie’s dish was called a black bean burger, and required soaking water as well as oil and a frying pan, while JD’s was called fettuccine Alfredo and required boiling water among other things. Needless to say, it would seem the meals were not so ready to eat out of the bag. 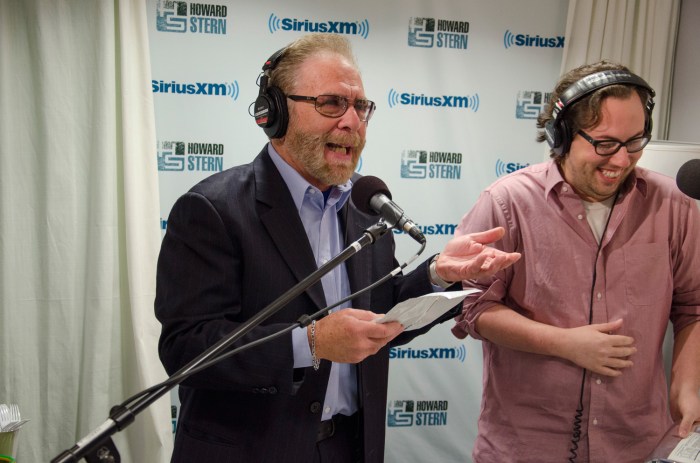 Howard was incredulous, declaring: “What a scam!”

As the guys were cooking, Jason Kaplan reported in and said he was legitimately afraid JD would start a fire. “It’s like watching the Three Stooges cook,” Howard told listeners. 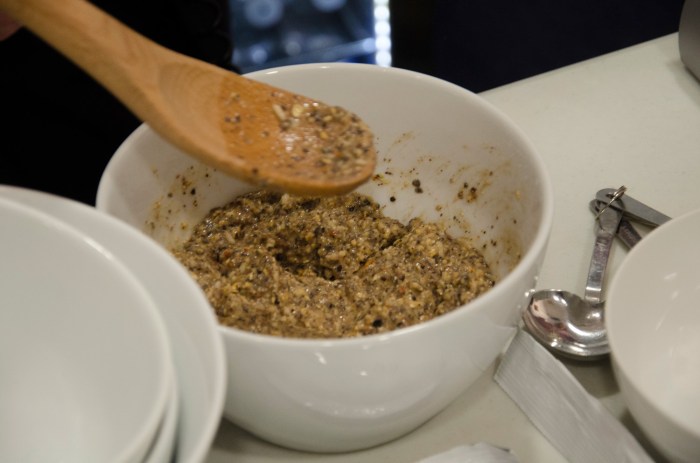 “This is not convenient,” Robin commented.

As the meals were cooking, Ronnie reported that JD (aka Chef Boy-Are-You-A-Dope) was having serious trouble and couldn’t figure out what “whisk” meant. JD admitted that he doesn’t typically cook at home, while Ronnie confirmed that he cooks most of his dinners — egg white omelets, pasta with vegetables, chicken burgers, homemade French fries.

Howard, meanwhile, said he couldn’t believe he even bought this whole bucket and wondered how much it cost.

Eating for the Apocalypse 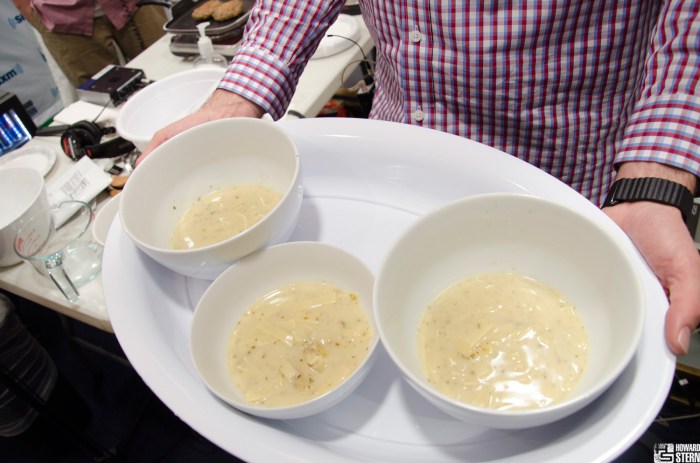 Finally, after upwards of 45 minutes of cooking, the two meals were ready to be tasted by the staff. First up was JD’s fettuccine Alfredo.

Howard brought in Richard Christy, who insisted earlier in the morning that he would not try the food – even though he’s been known to eat raccoons and the like. “Roadkill is natural. That’s from nature. This is the opposite of natural,” Richard insisted before bowing to the pressure.

With bowls handed out, everyone dug in.

“It starts to go bad after the second mouthful,” Robin countered.

The arrival of Ronnie’s black bean burgers changed everything. 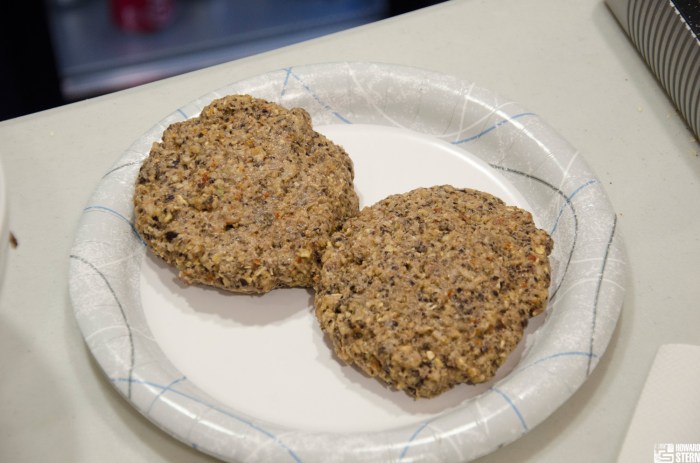 “It smells bad!” Robin exclaimed – to which Shuli responded that it “tastes worse.”

With nearly everyone spitting out the burger, it was clear the fettuccine Alfredo was the winner, but not by much. “Jim Bakker ought to be arrested again and sent to jail,” Robin joked.