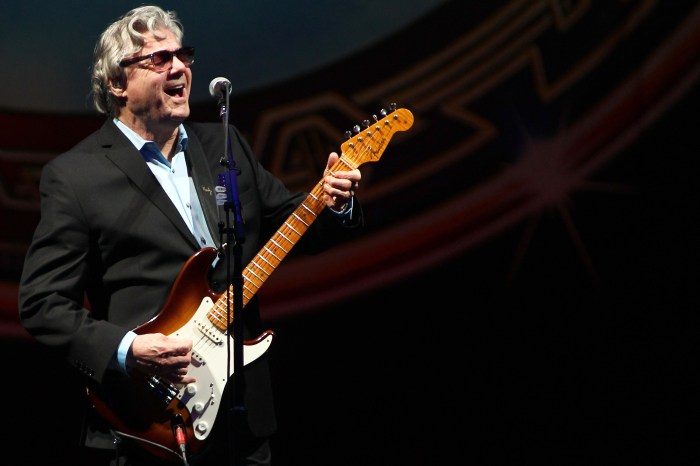 A spot-on Gary the Conqueror impersonator announced Steve Miller as the day’s special guest and Howard said he was really excited since Miller hadn’t been on the show since 1983 when he was a mystery guest on WNBC.

Howard and Robin also compared their schedules for the time off and in typical fashion the King of All Media spent his week relaxing while Robin spent hers traveling the country.

Howard laughed that Robin had texted him messages like: “I find myself at a concert.” He wondered how she found herself there and if someone had kidnapped her.

“I really didn’t think it through,” Robin conceded.

“I found myself on a couch and not moving at all,” Howard joked.

Howard also spent some time during the week off to read a couple of books. He explained that since picking up a Kindle, he’s been reading so much more as he is able to adjust the font size and not strain his eyes.

One of the books Howard read was called “Worth Dying For: A Navy Seal’s Call To A Nation” by Rorke Denver. Howard explained that one of the ideas the author and former Navy Seal posed is for Americans to serve the country for a year, but not necessarily in the military so long as there is some sort of national service – an idea Howard said wasn’t half-bad. “We do forget all these freedoms we have,” Howard said on the heels of the Memorial Day holiday.

Howard told listeners that he watched “Pride and Prejudice and Zombies” over the break and was absolutely loved the idea of getting people to engage with a classic by throwing in an exciting new addition: Zombies!

“I feel intellectual because now I know about the classic,” Howard told Robin.

Gary told Howard that Seth Grahame-Smith, the writer behind both “Pride and Prejudice and Zombies” and “Abraham Lincoln, Vampire Hunter” also happens to be a major Stern Show fan.

“He’s half Malcolm X and half Urkel,” Howard joked. “I saw glimpses of this Nick, but never full on … He’s complex.”

Robin said even she wasn’t sure if she was a fan of this version of Nick. Howard told Gary to get him in to perform one of these spoken word pieces live.