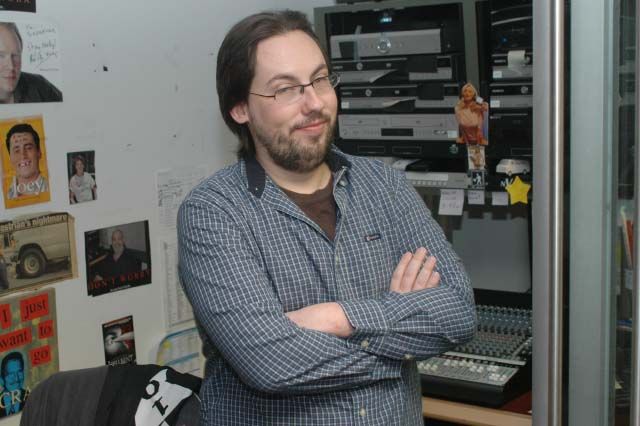 During an office meeting on Tuesday, Howard said he noticed something perplexing about JD Harmeyer.

“The whole group sits in chairs where I can see them,” he explained. But JD “won’t sit with the rest of the group.”

Stern Show Executive Producer Gary Dell’Abate came in and revealed that even at the other meetings he’s in without Howard, JD sits behind everyone else away from the table. There are reportedly two camps of thought on this: one is that it is a result of JD being OCD and the other is that he does not feel deserving of a seat at the table.

Jason Kaplan added that it’s not just the distance either, “he rocks like a mental patient.” Jon Hein also reportedly asks JD to sit at the table every week at one meeting and he refuses.

“There’s something psychological going on there,” Howard asserted before asking JD if he felt unworthy of having a seat at the table.

“There might be some of that. I don’t know … I’m not a fan of meetings,” JD fumbled.

“Repeat after me,” Howard demanded of the mumble-mouthed staffer. “I’m good enough to sit with everyone.”