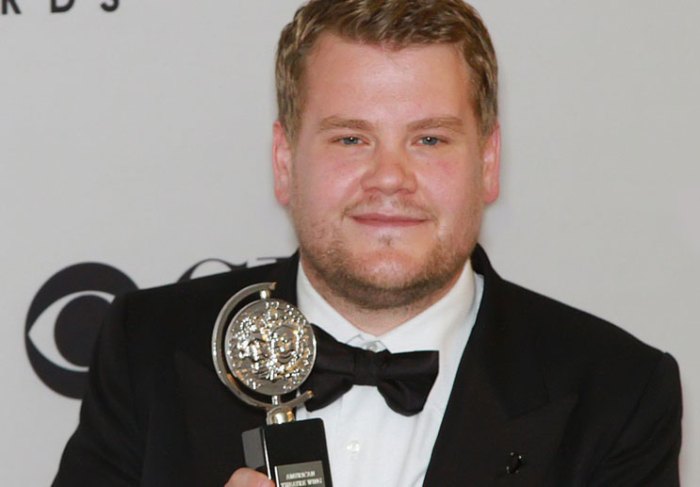 He’s already won a Tony — why not host them? James Corden will do just that this Sunday at the 70th annual Tony Awards. Corden dropped by the Stern Show on Monday and filled Howard in on what viewers at home can expect to see during Broadway’s biggest night.

“The truth is, the Tony Awards actually is, in terms of entertainment, the best award show you could ever watch,” Corden said, promising that there will be about a dozen performances from the various casts and companies. And yes, that means “Hamilton.”

“It means a great deal to me, to do it,” Corden told Howard of his hosting duties, but also admitted to being “very nervous” about taking the Tony stage. Howard asked James what he’ll do to calm himself down before show time.

Howard wondered if there was anything special planned for the show’s opening number and James told him about the idea that he had for the perfect way to start the night.

“Let’s open with a song for the 11-year-old kids in Nebraska or Michigan or Ohio who dream of being on stage one day,” Corden said, adding that they’re still working out the fine details of the performance.

While most of his American fans mainly know him from his late night TV hosting gig, Corden is a theater veteran and himself a Tony Award winner — he took home the Best Actor award in 2012 for his role in the play “One Man, Two Guvnors.” Before that, Corden was getting critical acclaim for his performance in “The History Boys,” which debuted in London before running on Broadway in 2006 and becoming a smash hit.

“Everyone was coming to see it,” Corden recalled. “I remember one night it was Steven Spielberg, James Taylor, David Bowie, in the same audience.” James told Howard that despite the star-studded audiences that came to see “The History Boys,” nearly no celebrities would ever come backstage afterwards — a customary move in New York theater … until one night when James spotted Harrison Ford and Calista Flockhart standing backstage. 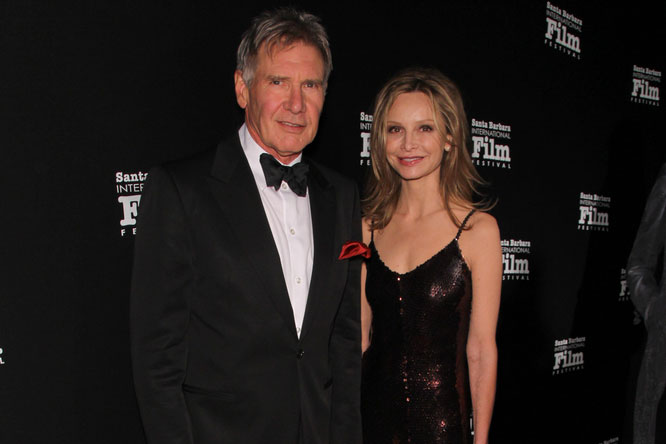 Corden told Howard how he approached the Hollywood couple and said: “Oh my God. Mr. Ford, I can’t believe you’ve come backstage. This is just going to mean the world to the boys!”

That’s when a man leaned in and told Harrison that his car was waiting outside, and the two exited the theater without saying a word to James or the rest of the cast. He does remember Calista giving him a smile, “as if to go, ‘Oh, sorry!'” James said.

There will be plenty of stars at the 70th Tony Awards on Sunday, and it’s safe to say all of them will want to say hello to James after the show.