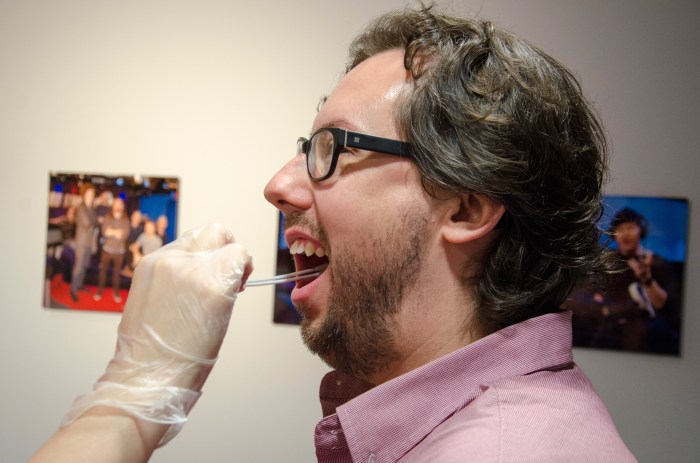 Stern Show correspondent Bob “Wolfie” Wolf is set to come by the studio on Tuesday to observe JD Harmeyer in his natural habitat and hopefully come to some fascinating revelations, but JD is not so excited.

Gary Dell’Abate reported that JD keeps telling everyone: “This is gonna be the worst week of my life.”

Howard heard that JD is even considering taking some Xanax to relax. “I have it in case of emergencies and this might be an emergency,” JD admitted.

The list of samples Wolfie is seeking to obtain includes a urine sample, fecal sample, blood sample, and a sperm sample among other tests.

JD’s office also reportedly has an odor that Wolfie is set on getting to the bottom of. He will be bringing in a black light to conduct some tests as well.

Bobo called in and wondered if Wolfie would be taking the black light to JD’s apartment, but the nervous staffer definitively shut down the possibility of that happening.

“He’s on the verge of a nervous breakdown,” Sal told Howard of JD.