“He drinks too much,” Ronnie Mund agreed 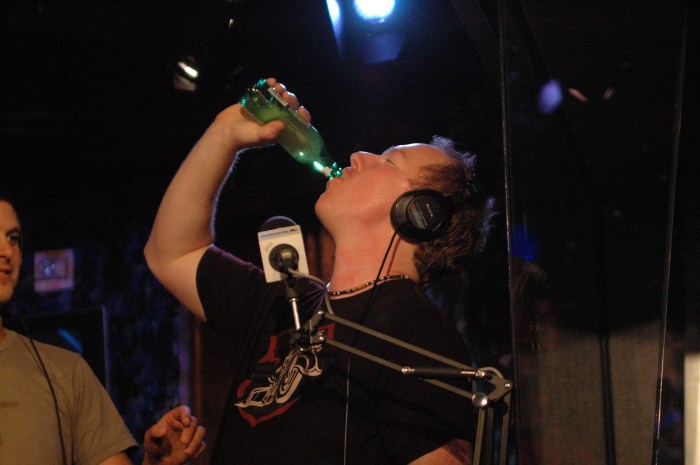 While playing a couple of clips from Memet Walker’s experience at the Puerto Rican Day Parade over the weekend, Howard told listeners that Richard is going out to the Mermaid Parade in Coney Island on Saturday along with Suzanne “Underdog” Muldowney (and Shuli Egar to document her).

Howard asked if Richard was still drinking a lot and while he said he had curbed his consumption, Ronnie came into the studio to dispute that claim.

Ronnie recounted how on a trip to New Hampshire together, Richard got multiple drinks every step of the way. “He drinks too much,” Ronnie said.

Howard asked Richard point blank if he was an alcoholic and after some debate, he conceded that he “probably” is.

“I’ve been worried about him for a long time,” Robin told Howard.

Sal even came in and described how Richard tends to have a matching beer for every meal in the day.

Richard shook off the concern and told everyone that while a life without alcohol would be worth living, “it wouldn’t be as fun.”