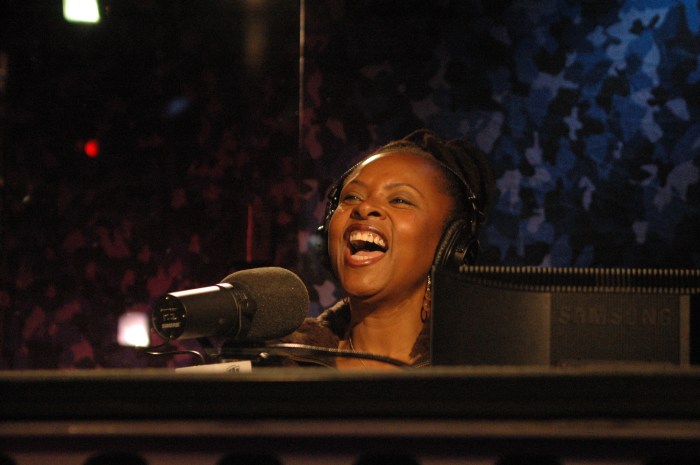 On June 11, 2007 Robin Quivers and Judith Regan came together to partake in a special event together: Getting coffee enemas!

In the story that would become the stuff of legends, Robin shot a dose of organic dark roast coffee into her behind by inserting an 8-inch plastic tube as far in as it would go and then holding the coffee inside of her for 12-15 minutes.

Howard warned listeners that the anniversary should serve as “a cautionary note, too,” as he worries the incident led to Robin’s health demise.

Richard Christy offered to get a coffee enema on the air to commemorate the date, but the staff was unable to find a doctor who would condone it, so Howard forbid him from doing it.

“Coffee is for cups, not assholes,” Howard concluded.

Hear the audio from today’s anniversary celebration (below).