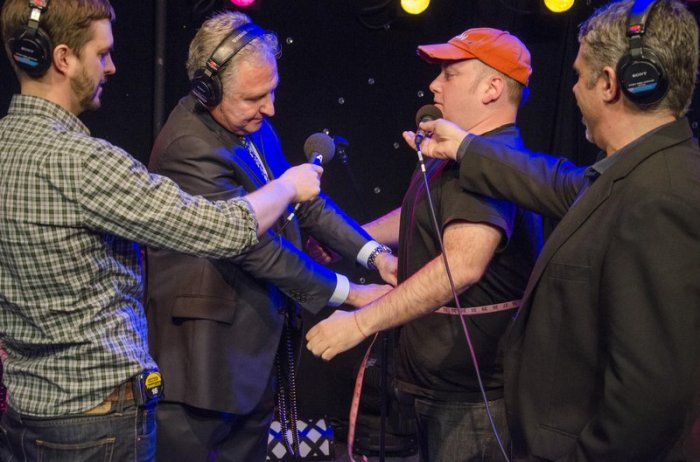 Benjy Bronk recounted how he dug into a cake and just couldn’t stop eating it last night, which led Howard to note that the Stern Show writer has been looking bigger lately and since he is getting older should try to get his weight under control.

Benjy first said he was 45, but Gary Dell’Abate called him out on the statement immediately, claiming that Benjy was 45 about seven years ago. It’s safe to say he’s somewhere in between.

In an attempt to force himself to lose the extra weight, Benjy offered Howard a high stakes challenge which would see him either lose the pounds or undergo a full sex change.

“How far is Caitlyn [Jenner]?” he asked. “I would do whatever she’s done.”

Robin named off a few applicable procedures including shaving down his Adam’s apple, getting breast implants, and maybe some facial reconstruction. The last on-air challenge Benjy partook in, as listeners will remember, found him receiving a finger in the butt courtesy of Perez Hilton.

In the end though, Howard said he just wasn’t interested. “Just lose weight or don’t. I don’t care.”