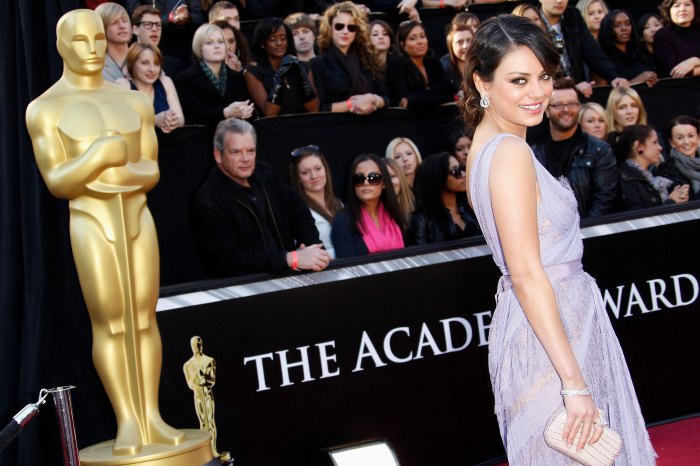 It doesn’t matter to Mila Kunis that she didn’t win an Academy Award for her critically-acclaimed performance in “Black Swan” – she was just looking to have a good time on Oscar night. The “Bad Moms” star revealed to Howard on Tuesday morning that she was able to smuggle some booze in with her to the 2011 ceremony.

“I think I, at the Oscars, had the best time of anybody because I snuck liquor in, I did shots,” Mila said. Kunis was nominated for several different accolades that award season but admits she never wrote an acceptance speech since her competition was so stiff.

With one of the most talked about moments in “Black Swan” being a steamy love scene between her and Natalie Portman, Howard asked what it was like to get passionate with another actress on film.

“At that point, Nat and I were pretty great friends,” Mila explained. “It was just one of those situations where I think we were all just uncomfortable enough to get through it.”

Mila added that director Darren Aronofsky made sure to keep a closed set during shooting. Perhaps even harder than her love scene was the physical training Mila had to go through for her part – she was on a 1,200 calorie a day diet in order to drop her weight to below 100 lbs.

“I didn’t starve myself,” Mila said. “I did do it in the healthiest way possible.”

Healthy, minus her admission that smoking also aided her in shedding pounds. Mila has since stopped smoking cigarettes and was able to get “on point” (up on her toes) just three months after landing her “Black Swan” role.

Watch Mila Kunis get her drink on in the trailer for “Bad Moms” (below).