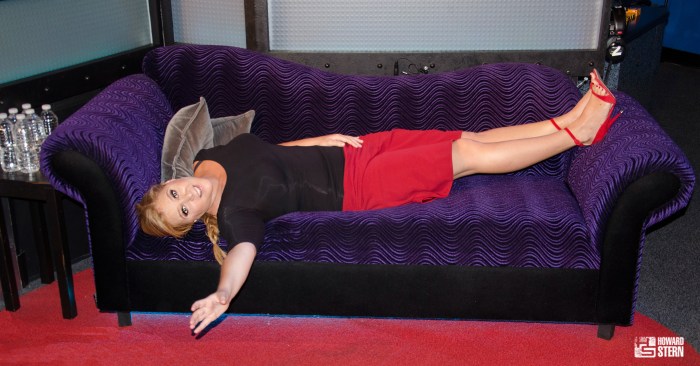 Money is no issue for Amy Schumer these days, but a very long time ago the comedian made ends meet by selling marijuana. She wrote about her weed dealing days in her new book, “The Girl With the Lower Back Tattoo,” and told Howard on Tuesday morning just how bad she was at selling pot.

“I was the worst drug dealer. I would run out of the little bags, so I would just use a huge Hefty bag,” Amy told Howard. She also wrote about getting caught shoplifting when she was younger. Howard wondered if some of the hardships Amy faced while growing up were the root of her less than stellar behavior.

“I became a weed dealer and a shoplifter because I deserve nice things,” she joked.

While she denied rumors that she got an $8 million advance for her new book, Amy has been working hard and making a lot of money in the process. But that doesn’t mean she’s going out and spending it. She wrote in her book about giving away her Season 4 “Inside Amy Schumer” salary to her show’s staff and donating her paycheck from upcoming movie “Thank You for Your Service” to military families.

“People should be spreading their money around a little bit more,” Amy said.

Another recent example of Amy’s generosity happened while seeing the Broadway musical “Hamilton.” Amy reportedly threw down a $1,000 tip on a $77 bar tab at the theater.

“I waited tables and bartended, so. And it feels good. It’s a little selfish because it feels so good to be able to do that and know that you made their night,” Amy told Howard. “I drank a lot at ‘Hamilton.’ I had to go see that show three times just so I could remember all of it.”

If you’re lucky enough to serve Ms. Schumer and get one of her famous tips, all she asks is that you not run and tell the press about it. Why? Because she’s not doing it for attention and, also, she’s not sure she wants to get that reputation.

“That’s a lot of pressure. Because [now] they’re like ‘Schumer’s coming in! Get your money bags ready!'” Amy said with a laugh.

“The Girl With the Lower Back Tattoo” is now available wherever books are sold. For tour and ticket information, go to amyschumer.com.