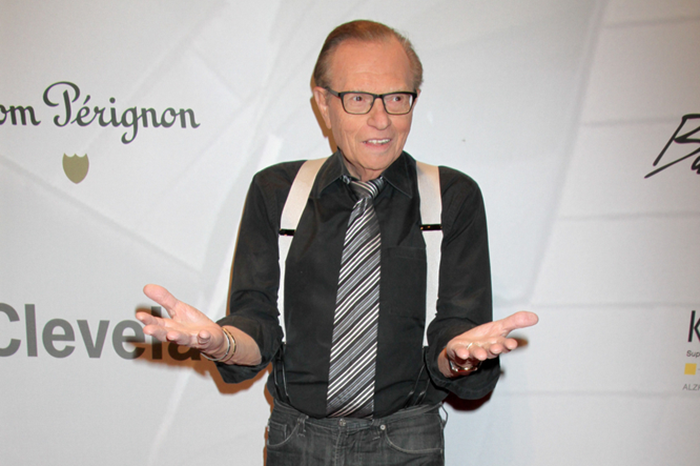 After reading a Page Six story about Larry King’s wife allegedly commandeering his Twitter account to send herself romantic tweets, Howard began reading through Larry’s account and immediately became engrossed in the mundane nature of the observations he was publishing under the #mytwocents hashtag.

My favorite Jell-O flavor is lemon and lime…#itsmy2cents

I don’t taste any grape in grapefruit…#ItsMy2Cents

The straw is one of the worlds greatest inventions…#itsmy2cents

“He’s got a lot of thoughts,” a baffled Howard noted before deciding that he could beat the 82-year-old television host at his own game.

“In honor of my Twitter account, today I think I will tweet one an hour because I can be prolific on Twitter with this kind of bullshit,” Howard proclaimed. But instead of tweeting once an hour, the excitement got the better of him and the King of All Media tweeted a personal record of 19 tweets in the just a few minutes.

Check some of his #ForWhatItsWorth thoughts below and catch them all @HowardStern:

I have to take a doody. #forwhatitsworth

My penis is average