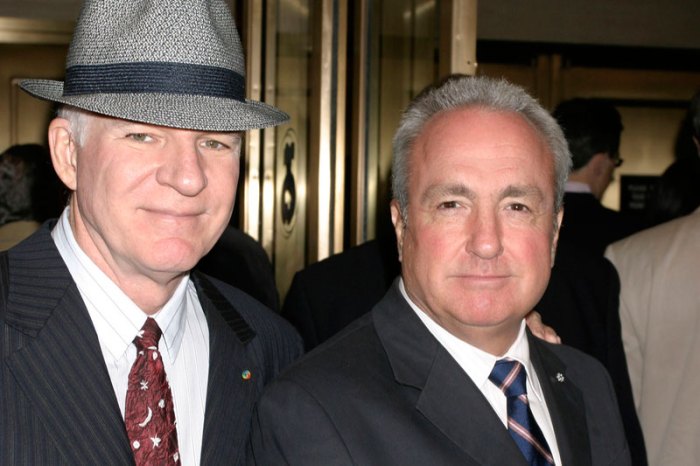 In his new book “Based on a True Story: A Memoir” Norm Macdonald writes how close he came to not getting his gig as the “Weekend Update” anchor on “Saturday Night Live.” He told Howard on Monday that it came down to him and Al Franken and that it was possibly Steve Martin who convinced executive producer Lorne Michaels to pick Norm for the job.

“[Franken] wanted the ‘Update’ slot,” Norm told Howard. “At one point, he almost had it because Lorne wanted a guy to do it with a girl.” After Lorne presented that idea to Norm, Norm said thanks but no thanks—if he was going to do this he wanted to do it solo.

“I got enormously lucky,” Norm continued, remembering that the first host that season was Steve Martin. Lorne told Steve how Norm didn’t want to have a female co-anchor at the desk with him, which led to Steve launching into a story about hosting an award show with an unnamed woman and how the entire event was a disaster. Lorne must have been listening because in the end, he chose to give Norm a shot, without anyone else at the desk with him.

“In a way, he helped me greatly,” Norm said of Martin.

Someone else that helped Norm while he was on “SNL” was comedian Eugene Levy, who once gave Norm permission to steal his idea for a sketch. Norm writes in his book how fan-favorite “Celebrity Jeopardy” originated from something done by Levy and the Canadian TV show “SCTV.”

“I always loved that show,” Norm told Howard, adding how he always thought the easy questions they asked on the real celebrity editions of “Jeopardy!” reminded him of the “SCTV” sketch “Half Wits.”

“I feel like I shouldn’t just steal a sketch,” Norm said. So when Martin Short (a former star of “SCTV”) appeared on an episode of “Saturday Night Live,” Norm asked him who wrote the “Half Wits” sketch. He told him Eugene Levy was responsible.

“I said, ‘Maybe we can phone him, get permission,'” Norm continued. He called Levy, ran the idea by him, and was given Levy’s blessing. “I asked permission and he was kind enough to give it to me.”

“Nobody ever mentioned that one guy on ‘Celebrity Jeopardy’ is from 40 years ago,” Norm said with a laugh. His imitation of Reynolds and the “Celebrity Jeopardy” sketch ended up appearing on several “SNL” episodes.

Norm Macdonald’s book, “Based on a True Story: A Memoir” is available in stores and online Sept. 20 and for Norm’s touring dates click here.