There’s been no sex, but there has been a “very wet” French kiss 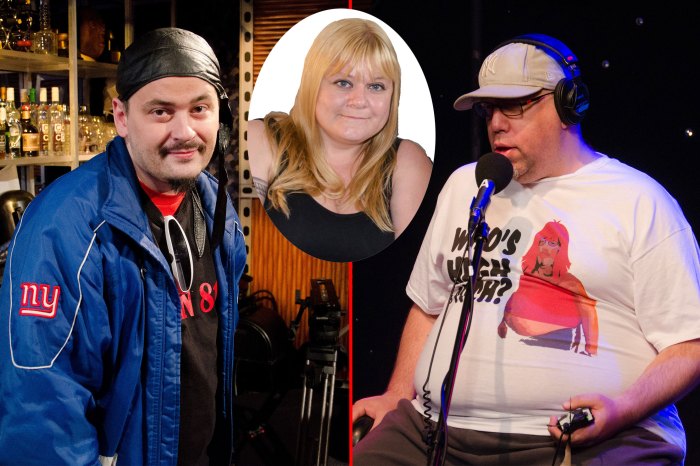 A woman named April currently has two Wack Packers vying for her affection: High Pitch Erik and Ass Napkin Ed. On Wednesday morning’s Stern Show, Howard invited April into the studio and learned she’s not only spent the night at High Pitch’s apartment but that the two have also kissed.

“He grabbed my face a couple of times and tried to kiss me on the lips,” April told Howard. “When we kissed on the mouth, it was very wet.” She allegedly told Erik to keep quiet about their kiss, but High Pitch couldn’t help but tell Howard.

“It felt good. I haven’t felt that in a long time,” High Pitch said, adding that he’s more into April than even Donnie Wahlberg.

“I’m just getting out of a marriage, actually. So I’m not really interested in anybody,” she told Howard. Until her divorce is final, she’s splitting time between living with her soon-to-be ex-husband and crashing with Erik, sometimes even sharing his twin bed. She described how Erik only left her inches of room on the mattress, though, and he’s even punched her in his sleep while he was having a nightmare. She’s since requested that Erik sleep on a chair and let her sleep in the bed alone. 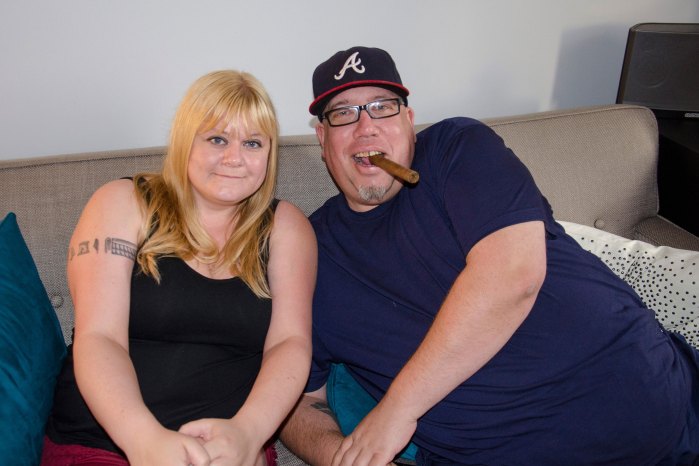 On the phone was Ass Napkin Ed, who could crush Erik’s dreams of having a relationship with April. The two have never met face to face but have plans to spend time together soon.

“I have known her longer than he’s known her and that motherfucker’s trying to take her from me,” Ed said. Howard wondered why April was willing to have these Wack Packers in her life.

“I don’t know. I’m just looking for people to hang out with,” April explained. “It’s been a lonely 11 years being married.”

Newly single April has already received a marriage proposal, too — from High Pitch Erik. She told Howard that Erik asked her mother for “her daughter’s hand in marriage.” “She just kind of laughed it off,” April added.

April isn’t the only woman Erik has asked to marry him. Shuli came into the studio and said High Pitch also proposed to a woman from Atlanta named Jolie.

“Jolie is a great, great friend,” Erik said, explaining to Howard that she helped him with his recent weight loss. Howard pressed High Pitch to pick who he loves more: April or Jolie?

After several seconds, High Pitch blurted out that he loved Jolie and that he’d save her if she and April were drowning. Ass Napkin then piped up and said he would save April.

“Love has never sounded more vile than this,” Howard said of the whole situation. Even though Erik didn’t choose her as his one true love, April told Howard she still plans to sleep at his place tonight and she hopes they can keep their relationship amicable.

“You’ll always be my friend unless you start acting crazy,” April said.