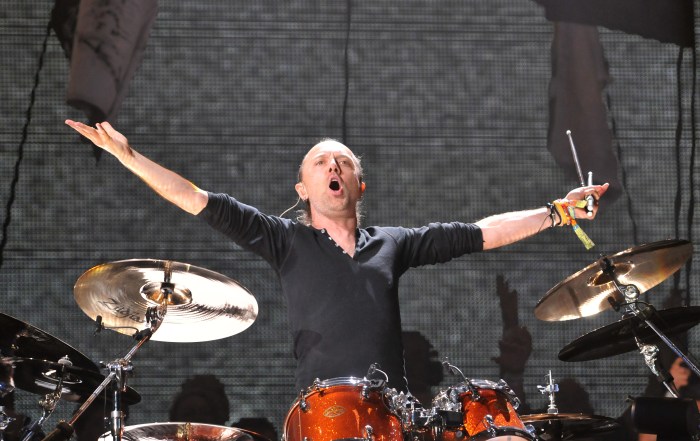 Stern Show writer and prank master Richard Christy has a deep passion for metal, drumming, and metal drumming, particularly on Metallica tracks. In honor of the band’s Monday return to the Stern Show, Richard has put together a list of his favorite Metallica songs for their Lars Ulrich drum tracks.

Richard: Incredible drum intro from Lars! I used to play this song in my high school cover band Syzygy (which was a cover of a cover song since the band Diamond Head originally did the song and Metallica covered it for this all covers album) and it was always my favorite song to play in our set. Lars’ drum sound on this album is my favorite Lars drum sound ever, it’s so raw and heavy and just plain killer sounding! Metallica’s cover of “Last Caress” by the Misfits is maybe my favorite Metallica song ever, besides Dyer’s Eve, Creeping Death, For Whom The Bell Tolls, One, Disposable Heroes, oh sorry, I could go on and on. I do have a lot of favorites.

Richard: This song was so fast for its time (actually it’s still fast) and I remember being blown away when I heard it and practicing as hard as I could to play along to it. Lars stopped using ride cymbals for a long time but I always loved his ride cymbal sound, especially on this song. I remember thinking that this song, “Fast As A Shark” by Accept, “Aces of Spades” by Motorhead, and “Iron Maiden” by Iron Maiden were the fastest songs ever and I practiced relentlessly until I could play them, so thank you Lars Ulrich, Stefan Kaufmann, Clive Burr, and Phil ‘Philthy Animal’ Taylor for the drumming inspiration!

2. “Motorbreath” from Kill ‘Em All

Richard: I practiced the drum intro from this song hundreds of times in my bedroom back in Kansas when I was a wee lad. I even played this song with my first band Bung Dizeez, we used to practice in my friend Paul’s parent’s hog barn near our farm! I had to wipe the pig crap off of the bottom of my kick drum after every practice! This song brings back a lot of great memories!

Richard: This is the drum track that helped build up my double bass drumming speed to what it is today. One of the hardest songs EVER to play on drums because of the incredibly fast double bass drumming. Lars is the drumming version of Usain Bolt on this song! My buddy Jeff from Fort Scott, Kansas won a headbanging contest in high school to this song back in 1992! This is a perfect metal song and Lars RULES on it!