“He should be watching his team play,” sportscaster tells Howard about the suspended Patriots QB 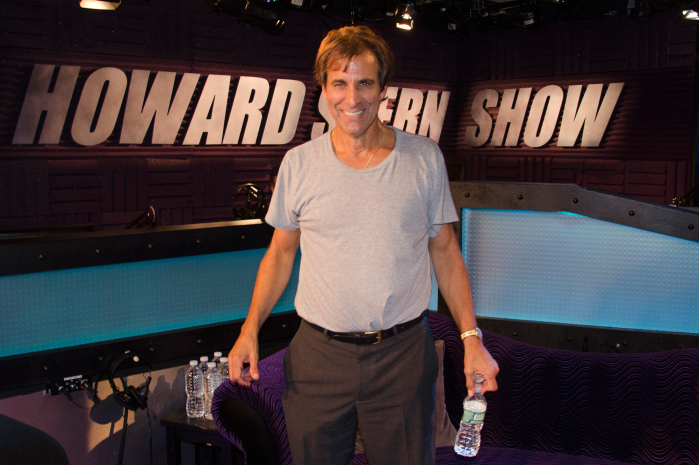 After his announcement, Mad Dog got right into talking about some of the hottest sports topics of the morning, including Tom Brady’s nude pics from his vacation in Italy.

“What is he doing? I couldn’t believe it!” Mad Dog said. “He should be watching his team play!” The New York Post published photos of the suspended Patriots quarterback on Monday that shows him sunbathing sans clothes while on vacation in Rome. As mad as Mad Dog was about Brady taking a Roman holiday instead of watching what was going on in the NFL, he does think New England will only get better once Brady returns.

“He’s going to be great when he comes back. He’s going to have a big chip on his shoulder,” Mad Dog told Howard.

Howard wanted to know how New England, now 3-0, has been so good without Brady. The answer is simple, according to Mad Dog. “Their coach is unbelievable,” he said, calling Bill Belichick “incredible.”

“He’s smarter than everybody,” Mad Dog continued. “He knows how to put his players in proper positions where they can excel.” While he thought Belichick would of course want Brady in at QB, Mad Dog wondered if Belichick secretly enjoys having his star player suspended.

“I actually think he likes this. It gives him a challenge,” Mad Dog said. “They need each other, but I do think that Belichick likes to be creative and not having Brady here gives him that opportunity.”

Howard asked Mad Dog how he felt about pro athletes like Colin Kaepernick protesting during the national anthem. “This is America and if you don’t want to stand up for the national anthem … you can do that,” he calmly answered. “Should you be able to do that when you’re in uniform for a franchise?”

Mad Dog continued: “When you’re representing a franchise … in uniform, he should not kneel in that situation.”

Things didn’t stay calm for long, though. Next, Mad Dog was asked about Tim Tebow being signed by the New York Mets.

“He hasn’t played baseball since he’s 18 years of age … Bad job by the Mets,” Mad Dog told Howard, adding that he suspects the baseball team is just looking to sell tickets to their minor league club. He also took issue with Tebow continuing on at ESPN as a college football analyst.