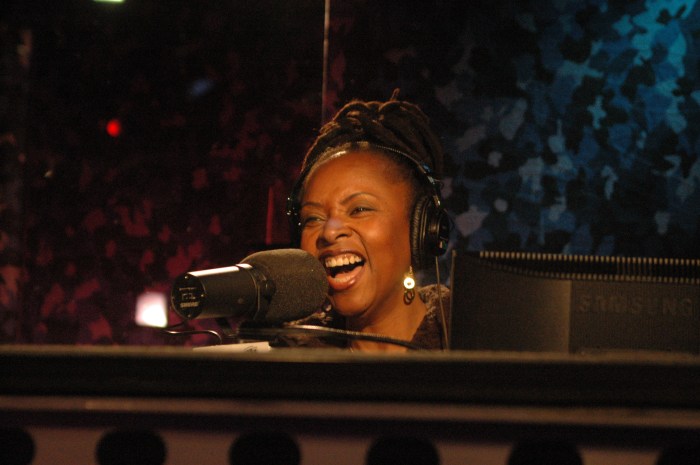 Sitting in on the News with Robin and Howard Monday morning as a special guest commentator and conspiracy theory expert was none other than former Minnesota Governor “Jesse Ventura” (aka James Adomian).

Jesse had had an opinion about everything from the moon landing (the landing was real, the moon was fake) to missing frames from the Zapruder film (Lyndon B. Johnson held JFK down like a schoolhouse bully), but it was his insight into our own Robin Quivers which gave the studio pause.

“I have evidence that Robin is actually maybe not what we think she is,” he explained. “Robin Quivers could be a hologram.”

He continued: “Howard, you only ever see her behind the glass booth there … All you got to do is fill it with certain kind of gases and hit it with some light and bam.”

Hear his full theory on Howard’s co-host below.

Robin wasn’t the only one Jesse had his doubts about, either. Famed scientist Stephen Hawking came under the microscope as Jesse wondered if the theoretical physicist could actually be an alien.

And, in possibly the most confusing moment of the morning, a second Jesse Ventura called in claiming the man in-studio was an imposter. Listen to the madness unfold below.