“Trump has put down more women than breast cancer,” she joked on Monday’s Stern Show 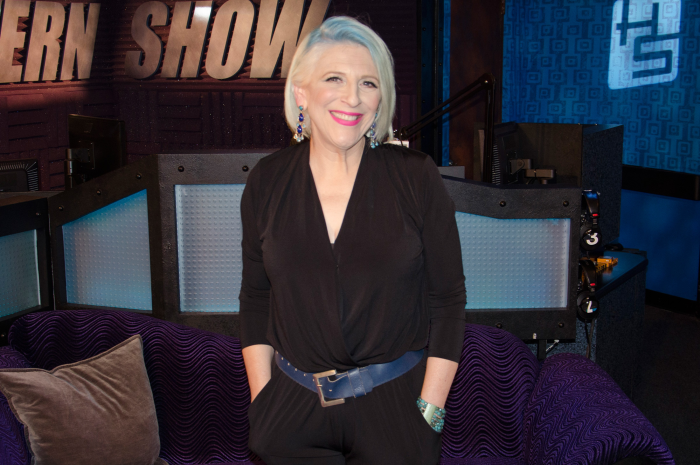 The sharp tongue of Lisa Lampanelli returned to the Stern Show on Monday morning. Her reign as the Queen of Mean has taken a kinder turn in more recent years and Howard asked the comedian why she hasn’t been on a Comedy Central roast since 2011.

“I turned down one, and then I turned down another, then they don’t ask me no more,” Lisa explained, adding how participating in roasts had become less of a challenge to her.

Lisa made the decision to retire from doing roasts, unless of course Howard Stern asked her to make a comeback. “It’s so much fun but then I’m like, but don’t I want to do something else with my life?” Lisa told Howard. With fewer insults to write, Lisa penned her play “Stuffed,” currently running off-Broadway at the Women’s Project Theater with Lampanelli in a starring role.

She’s loving doing theater but admitted to Howard she still has a passion for stand-up, despite not doing it for several weeks now.

“It’s just something that I love,” Lisa said. “I miss working alone.”

Lisa stayed true to her word and put together a roast set for Monday’s Stern Show. She came out swinging against Donald Trump, George Takei, and even High Pitch Erik. Listen to Lisa Lampanelli’s return to roasting (below).

While she had plenty of punch-lines for Trump, Lisa told Howard those are just jokes and she has no beef with the Republican presidential candidate.

“I don’t dislike Trump. I certainly think he wouldn’t be a good president because he stole all of his Mexican material from me,” Lisa joked. She also has a good relationship with Trump’s family, even getting invited to Eric Trump’s wedding. Lisa explained to Howard she was unable to attend because she was working, but she said she still participates in charity events Eric hosts.

Howard asked Lisa what it was like working with Trump on “Celebrity Apprentice,” which she competed on during Season 12 of the NBC series.

“First of all, I’m a little resentful because he never tried to grab my pussy,” Lisa said with a laugh. She did reveal Trump tried chatting about how good looking the other girls on the show were with Lisa.

“He liked me as a guy,” she said of her and Trump’s relationship. “I don’t think he meant anything by it because, at the time, I was an obese broad.”

Trump clearly saw something in Lisa, though – she lasted until week 14 of the competition, narrowly missing a spot at the final board meeting.