‘Sex and the City’: How the HBO Hit Series Almost Never Happened

Actress also laughs about being fired from animated movie “Antz” 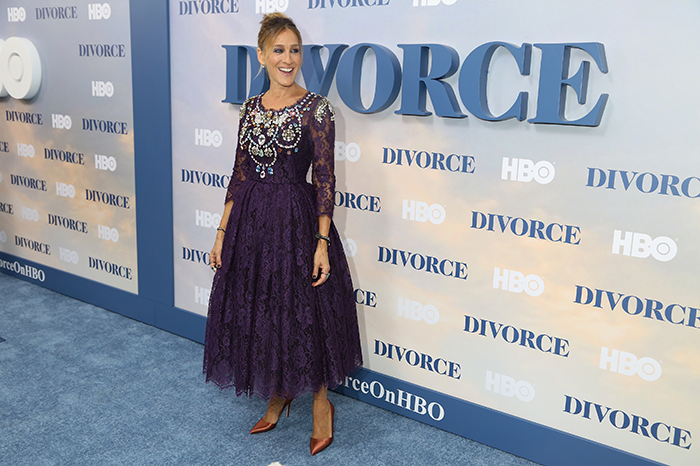 Sarah Jessica Parker made her Stern Show debut on Tuesday morning. The star of the new HBO series “Divorce” talked about her impressive career, ranging from stage to screen to her iconic TV series “Sex and the City.” But Sarah Jessica said her life truly changed after she was cast in “L.A. Story” with Steve Martin.

“I credit that experience as changing the course of everything for me,” she told Howard. Parker played SanDeE*, a sexy young Hollywood hopeful with a body to match her spokesmodel aspirations. “I always describe it that I was Steve Martin’s version of the girl that the man was attracted to,” Sarah Jessica said of her character. It took several rounds of auditions and a screen test before she was given the part.

She also revealed her iconic beach outfit was not in the script early on. “That wasn’t described in stage directions – that happened with the costume designer,” she told Howard, adding she was never asked to change into a bathing suit during the audition process. Her physique in “L.A. Story” perhaps earned Sarah Jessica the attention of others in Hollywood and she was soon offered her part in “Honeymoon in Vegas” – no audition required. However, she was sent a treadmill by one of the film’s producers in order to keep herself in shape for her next flick.

“At the time, it seemed old-fashioned to me, but I am so obedient that I just thought, alright,” Sarah Jessica said. Between “L.A. Story” and “Honeymoon in Vegas,” she also shot a television movie-of-the-week in Iowa. She told Howard she put the treadmill next to her motel bed and got up every morning and ran on it while on location.

She stayed in shape and stayed in the movie, but Howard wondered if Sarah Jessica had ever been fired from a film.

“I was fired from ‘Antz,'” she revealed with a laugh. “Apparently I was a bad ant.”

Producers of the 1998 animated movie about an ant colony replaced Sarah Jessica after telling her they wanted to go in a different direction for the voice of her character Princess Bala. Sharon Stone wound up getting the part. Parker also told Howard she was dropped from a different animated movie where she was voicing a cow. Playing cartoon animals may not have worked out so well for Sarah Jessica, but she did receive praise for her performance as a dog in the stage play “Sylvia.”

“I loved that. You were great as a dog,” Robin Quivers told her. “I was in the theater.”

Hear more from Sarah Jessica Parker’s interview with Howard (below).

Watch Sarah Jessica Parker on “Divorce” Sunday nights at 10 p.m. ET on HBO. See a clip from this Sunday’s episode (below).