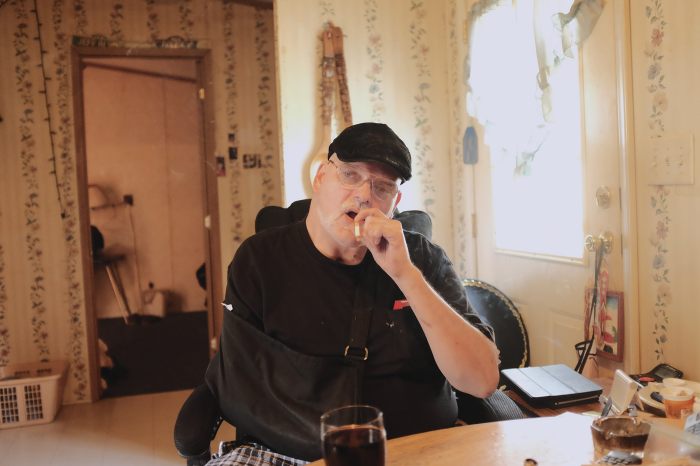 Jeff the Drunk is a homewrecker … sort of.

Howard took a call from a private investigator named Tony on Wednesday who was furious after discovering his wife had been spending hundreds of dollars buying Jeff pizza and cigarettes as a loyal member of his Periscope “stable,” leading to him to allegedly attempt to solicit a round of phone sex. Worse yet? She is an attractive and successful doctor.

Tony explained how he only learned of the expenditure after his wife was involved in a major accident and broke her neck and back. While recovering in the hospital, Tony’s wife was unable to continue buying Jeff gifts, so he instead reputedly attempted to have phone sex with her while knowing that the couple had a daughter. According to Tony, when his wife refused, Jeff blocked her from his Periscope feed, which led her to admit everything to him.

Tony said he was thinking about leaving his wife – but also was out to teach Jeff a lesson.

“Jeff needs to talk to me,” he said. “I’m not a schmuck from one of his stables, alright? I’m somebody who’s got a lot of connections in this world with the government and everything … I’m pissed.”

Howard was baffled Jeff actually broke up a marriage but implored Tony to see some reason. “You can’t be mad at Jeff,” he said, explaining Jeff is going to try and have phone sex with anything that moves.

Either way, no one could quite comprehend why Tony was so upset that Jeff blocked his wife on Periscope and Tony even had to admit he was just pissed all around.

Jeff the Drunk then called in to tell his side of the story, but his explanation made very little sense as he tried telling Howard why he ended up blocking the woman, which had something to do with a series of emails. Ultimately, it became clear he was attempting to vet her to make sure she was not a man.

Nonetheless, Jeff apologized and told Tony it was not his intention to break up a marriage. He also vowed to unblock her.

“I’m not jealous of Jeff, obviously,” Tony stipulated, but Fred Norris suspected there may be an “emotional friends” situation going on.